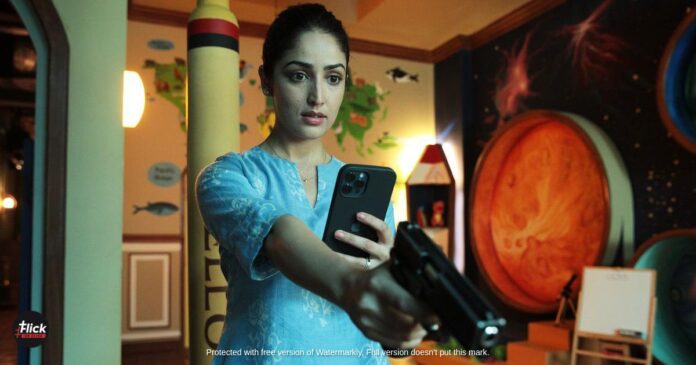 To begin with, NO, A Thursday is not a sequel or a second part to A Wednesday. There might be a slight resemblance, but that’s that. With that being said, let’s talk about the latest release, A Thursday. A Thursday is a sincere endeavor to make a film faithful to its crime and thriller genre.

A Thursday, written by Ashley Michael Lobo and Behzad Kambata, is a dramatic narrative of a lady struggling against the system to achieve justice after years of living as a victim of the system. It’s powerful, moving, makes you wonder, and keeps you captivated till the finish. A Thursday is a Yami Gautam show, and she brings her A-game. However, the setup abandons her a little.

Honestly, it’s pleasantly surprising how the movie maintains the intrigue and does not become overly predictable. Unlike the film to which it is compared, the script does not remain subtle, instead opting for an over-dramatized approach. It is very tough to talk about the plot without any spoilers, but well do it for you.

At one point, you are led to believe that the kidnapper is simply a mentally disturbed lady acting out of desperation (spoiler alert! Which she is not). Perhaps, the writers make less use of Neha and Atul Kulkarni’s dynamic than the audience enjoyed. Unlike the film to which it is compared, the script does not remain subtle, instead opting for an over-dramatized approach.

The fact that there are repercussions to everything is the most pleasing aspect of the movie. Even if Nidhi had a concert cause that justified her insanity at the climax, it was still a crime that warranted punishment. It’s a great idea to include the ramifications, or it somehow leads to the normalization of ‘ethical crimes.’

It is safe to say that the direction of Behzad Kambata screams drama at the top of its lungs. Even when he succeeds in building suspense and adrenaline, he dilutes it by using social media creatives and a caricaturist view of the media. Perhaps it doesn’t work very well with the movie’s serious tone. Additionally, the aesthetics of drone images with high-angle views of the entire scene are commendable.

The character of Nidhi necessitates a lot from the actor with the most screen time. Yami Gautam does justice to the character with her outstanding performance. She manages to hit the right emotion while dealing with children and carrying out the hostage scenario.

Not to be a feminazi, but Neha Dhupia deserved an award solely for playing her part while pregnant. Playing a cop under high-stress conditions as an expecting woman was on point. Additionally, her dynamic with Atul Kulkarni was noteworthy.

The role of the prime minister was somewhat less yet significant. However, she doesn’t have anything to do until the conclusion, which heavily involves her. Nonetheless, Dimple Kapadia has done her best with it.

Tiger Shroff is making a fortune with his excellent acting skills in Bollywood following in the footsteps of...
Entertainment