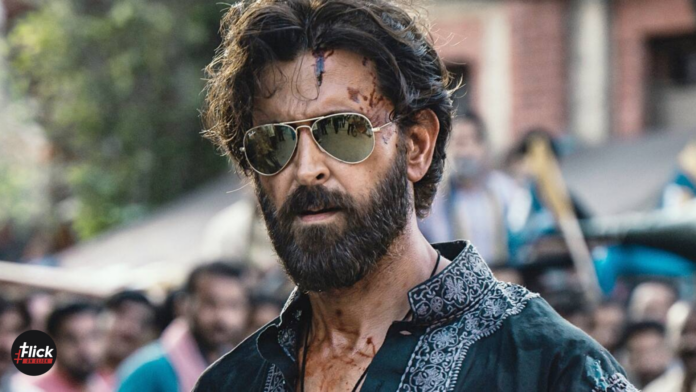 On the occasion of our Bollywood’s Greek God’s 48th Birthday, the iconic star Hrithik Roshan has released the first poster of his next film, “Vikram Vedha”. Everyone has been waiting for 5 long years for Vikram Vedha. Hrithik Roshan’s good look in the poster has driven his fans crazy and has inflamed the netizens.

Now, Vikram Vedha is a remake of the Tamil movie and will share the same title as “Vikram Vedha.” For a remarkable fact, we have the same directorial dual as the Tamil version of the film, Gayatri and Pushkar, so there are high chances of the film being a massive hit at the box office.

Vikram Vedha is termed a neo-noir thriller and is based on the popular Doordarshan TV serial with the iconic pair of Vikram Betaal. The film’s plot is that a brawny and solid police cop (Vikram) has been assigned to track down and kill an equally indestructible gangster (Vedha).

The film is backed by T-series Gulshan Kumar and Friday Filmworks and is all set to get released by 30th September 2022.

The film emphasizes that both the lawbreaker and the lawmaker are the same, and the unjust crimes committed by the former are justified when he narrates his story. Vedha narrates the crime he had committed in his early years, which he used to carry out with his brother and boss, and finally, an event that certainly blurs the difference between good and evil in our eyes.

The confusion will be brought in the film, or ambivalence like the makers would like to call the human rights lawyer (Priya) that Radhika Apte will play in the film. The film is all about the rivalry between 2 equally opinionated men with different ideas of justice.

In response to Hrithik Roshan’s poster release o him as Vedha, R. Mahavan, who had played the role of Vikram in the OG Tamil version, had tweeted,” Epic, that’s a Vedha I do want to see.” We all certainly have got ants in our pants after looking at the incredible poster of the film.

Coronavirus: Things To Do In Times of Social Distancing

Instagram Monthly Subscription Feature Will Be Out Soon: Priced at Rs. 89 Per Month