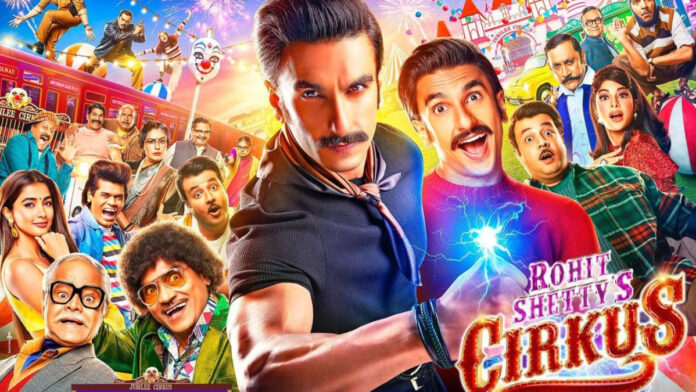 The OTT release date of Cirkus is not yet confirmed by the makers of the film. However, we are expecting the movie to release on the OTT platform Netflix in March 2023. The producers Rohit Shetty, T-Series and Reliance Entertainment will have the last say about the OTT release date of Cirkus. Generally, a high-budget film takes about 90-100 days to be released on the OTT platform. The same can be true about this film as well.

Cirkus is going to release on the OTT Platform Netflix in India. Netflix has reportedly paid a huge amount to acquire the OTT rights of Cirkus. The correct amount is hard to pin right now as Netflix has kept the deal under wraps. The OTT Release Date and Platform of Cirkus is already revealed which may discourage the viewers from going to the theatres. Cirkus is releasing in the theatres on 23rd December 2022 and the movie features Ranveer Singh, Pooja Hegde and Jacqueline Fernandez in the lead roles.

Michale starring Sandeep Kishan and Vijay Sethupathi released in the theatres on 3rd February 2023, and finally, the...
Entertainment

Thank God is going to release in the theatres on 25th October 2022. However, the fans are already...
Entertainment

Yami Gautam, one of the most popular names in the industry, is back with yet another electrifying performance....
Offers

The Night Manager is an upcoming thriller web series on the OTT platform Disney+ Hotstar in India. It...