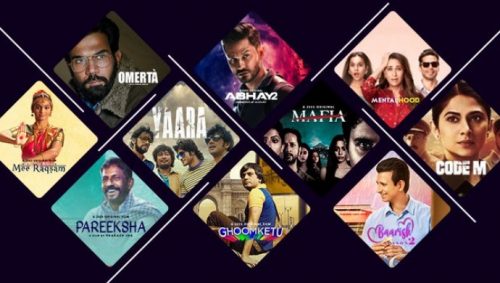 Slowly making its space in the OTT world with renowned platforms, Zee5 has never stopped surprising us with its spectacular content over the past year. In December too, Zee5 is back with some really good movies and shows which seem to be very promising and will surely set a new definition of binge-watching for you at the end of this year. We have decided to make your weekend interesting with 5 best shows and movies releasing on Zee5 this December:

This is going to be a true story-based show which deals with the encounter of terrorist Vikar Ahmed alias Vikaruddin, who killed a constable and injured other police officers back in 2010 in order to take revenge from the police force who were held responsible for firing that happened after Mecca Masjid blast. It was highlighted many times at the time of Vikaruddi’s arrest that he was somehow related to and was a member of a militant organization called Tehreek-Ghalba-E-Islam.

Back in 2015 it was ordered to shift Vikaruddin from Warangal prison to Hyderabad prison and in between the journey Vikrauddin along with his accomplices tried to run away snatching a gun, and police encountered them in defence. But later this encounter turned into a high controversy which leads to the burning of vehicles on road, protests against the police force, and much more.

Prakash Raj, Sampath Raj, and Meka Srikanth will be leading the show. So, it is going to be a very exciting show to watch.

Comali is a Tamil movie which means Clown in English and was released back in 2019. The protagonist of this film, Ravi (Jayam Ravi) awakens from a coma after 16 years in his late 30s and is amazed to see the modernized world which he finds very confusing as he is not able to understand the technologies which are way ahead of his knowledge. The movie is full of gags and great punches which will make you laugh and keeps you entertained throughout the film.

Three best friends who want to get out of their miserable marriage life by killing their bully husbands. The plan seems to be successful at first and they flee out of the cage but later the plan seemed to be flawless as a loophole was left behind which brings a lot of suspense to the story. After considering those three widows as suspects, a retired cop gets on their trail and make their life worse. The freedom they were enjoying after killing their husbands was now suffocating them. It is a masterpiece of conspiracy and thrill which should be watched.

Bebaakee’s team is back with the second season this year and the first season was quite a hit, as it was pretty much liked by the audience. It is a story of love, drama, and madness, which creates a love triangle between Sufiyaan (Kushal Tandon), Imtiaz (Karan Jotwani), and Kainaat (Shivjyoti Rajput). The season could be seen more spiced up this time because Sufiyaan is determined to ruin Imtiaz and Kainaat’s relationship and life as he is madly in love with Kainaat.

It is a story of friendship between a master and his caretaker who meet each other after 20 years. The master (Anukool) asks his caretaker (Raicharan) to take care of his son as he took care of him when he was small. Raicharan and his wife never had a child and this led to an emotional attachment of Raicharan with his master’s son and which resulted in an incident that changed both of their lives.