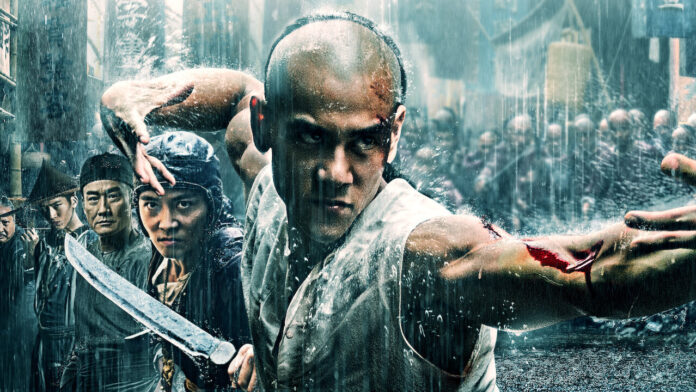 If you are one of those movie buffs who like to view all sorts of films and dramas from all over the world then this post is what you might have been searching for. Here we have collected the best Chinese movies to watch on Netflix at the moment. These films are filled with action, thrill, drama and romance so no matter what you were seeking you would surely find it here.

1- Rise of the Legend

This Chinese film follows a young orphan who is a kung fu prodigy. The man agrees to help out a crime boss in return for his favour. He goes against a ruthless gang but has a hidden agenda as well. This is surely one of the best Chinese action movies on Netflix.

2- A Chinese Odyssey Part One

This movie is inspired by Chinese mythology about the Monkey King. The Goddess of Happiness tosses Monkey King and his disciples out of heaven due to the Monkey King seeking to achieve immortality. The Monkey King is then reincarnated as a Joker and chases after two jealous women.

This is the sequel to the previous film. It further continues the adventures of the Monkey King when he finds himself stuck in the past with his old master. He faces many new threats and villains in this movie. The second part is as good as the first part and worthy of being selected in the list of best Chinese movies on Netflix.

Another Chinese movie that’s filled with quick-paced action and dramatic turn of events. The Yin Yang Master is about Qing Ming who teams up with a disgraced guard to face off the looming threats and uncover a big conspiracy.

A demonic serpent reawakens in this sequel and the Yin Yang masters have to face off the looming threat once again to protect their realms and uncover a huge conspiracy. Surely, one of the best Chinese action movies on Netflix.

Chinese action flicks are just so good that we can’t keep them out of this list. Dynasty Warriors is a movie inspired by a video game. It follows warriors as they wage war against each other for supremacy.

Kung Fu Hustle fame Stephen Chow stars in this film. The movie is about a slick lawyer who was about to give up the practice thinking that he is bound by bad karma. However, a widow accused of murder approaches him to handle her case. It is surely one of the best Chinese movies on Netflix right now.

A veteran cop goes undercover to expose a detective who leaks valuable information to criminals. The cat-and-mouse game between the cop and detective makes it a fun Chinese movie to watch right now.

9- Warriors of Heaven and Earth

A lieutenant abandons his post in the Imperial Army and the government hires a Japanese fighter to bring him back dead or alive. The high stakes involved in this film make it a must-watch on this list of best Chinese movies on Netflix.

Another movie spearheaded by Stephen Chow. This one is one of the best Chinese movies of all time. It follows an arrogant God who accepts a mission to reform three mortals to avoid punishment. However, he must also struggle against a demon as well on his mission.

Are you in the mood for a good thriller but don’t know what to watch? Netflix has a...
Entertainment

The weekend is here and we're confused which movies to watch or a show to binge-watch, there are...