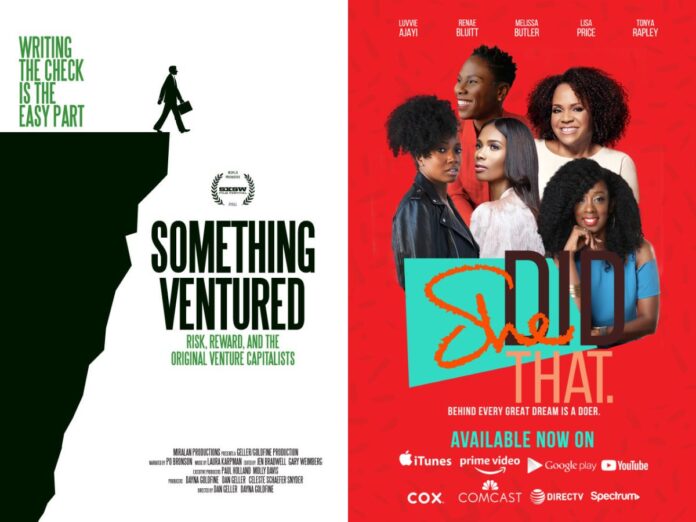 Are you looking for some inspiration or just that last little push to finally commit to your start-up goals? Well, sometimes, watching a journey of a successful start-up can actually help you give that extra little push that you may need. There are many great documentaries based on startups which eventually turned out to be an inspiration to many budding entrepreneurs. Here we have collected some of the best documentaries on startups that you should definitely watch if you are looking to enter the cutthroat world of entrepreneurship.

This inspiring documentary focuses on the phenomenon of crowdfunding which has become quite popular now. Filmmakers in this documentary try to understand how crowdfunding has helped three certain people to achieve their dreams.

Probably the greatest documentary for a budding entrepreneur to watch right now. Something Ventured is about the venture capitalists who built an industry that went on to finance the biggest technology companies such as Apple, Intel, Atari and more.

One of the best documentaries on startups to watch on Netflix, Print the Legend, follows the revolution brought about by the technology of 3d printing. It’s interesting to watch as many people trying to achieve the same goal, but only one of them would be able to reach the goal first.

This startup documentary is inspiring on so many levels that we highly recommend watching this right now. It follows four black women who try to break the glass ceiling for future generations in the world of business and entrepreneurship.

If you dream of becoming as successful as leaders of the corporate world right now, then you should surely watch this documentary that depicts not just Warren Buffett’s professional success over the years but also his personal relationship skills that have helped him grow an unparalleled empire through investing.

Also Read: 10 Best Documentaries to Watch on Discovery+ in 2022

If you have an idea that is probably going to shake the world and put you against the behemoths of the industry, then this startup-based documentary is for you. Released in 2001, it follows the hackers who rebelled against Microsoft’s operating system and invented GNU/Linux, which was the biggest threat to Bill Gates’s corporation.

Streaming on: Available on DVD

A man who never had any intention of coming into the limelight and lived a reclusive life in an American town is the focus of this documentary. The man reluctantly ends up becoming one of the most powerful brand identities in the world. Sometimes life leads you to unimaginable circumstances, and this documentary is very adept at showing that.

Streaming on: Available on DVD

This documentary does not only focus on just one startup it explores the journey of various entrepreneurs behind successful startups like SoundCloud, Dropbox, Foodspotting, Vimeo, Kiip and many more. Easily one of the best documentaries on startups to watch right now.

Also Read: 10 Best Documentaries in Hindi to Watch on Netflix

Before Apple really turned into a giant corporation, it was just an idea that Steve Jobs had. This documentary follows Jobs’ journey as an entrepreneur and depicts various roadblocks and challenges that he had to face while making his dream come true.

Want to understand the psyche of your customers to attract them towards your brand, then look no further than Freakonomics. This documentary puts forward several interesting questions, like why do people do certain stuff? What drives an individual? How will people react in a particular situation and more?

This documentary lets you know that hiring great talent is an important step in moving towards your end goal. It deals with Cosmos, a struggling team that hired the talented player and now legend Pele in 1975 for 5 Million dollars. Pele ultimately helped them win a championship in 1977 in front of over 77 thousand people.

The advertising agency is a growing phenomenon and it has a ton of opportunities for budding entrepreneurs. This documentary, released in 2009, follows the careers of a few advertisers in the United States of America. It’s fun to watch and definitely brings a unique story to the front.

Sometimes watching a story that is not just about plain success but deals with failure can help you teach a few things that you should learn before venturing into the world of entrepreneurship. This documentary follows the founders and employees of now-defunct Kozmo.com, the failed venture of two investment bankers.

Last but not least on the list of best documentaries on startups to watch right now is Beer Wars, a typical story about the cutthroat world of the American beer industry. A motivational tale that resembles the story of David and Goliath with its approach.

2020 was a remarkable year for the OTT platform. Many series and movies left us in awe. So...