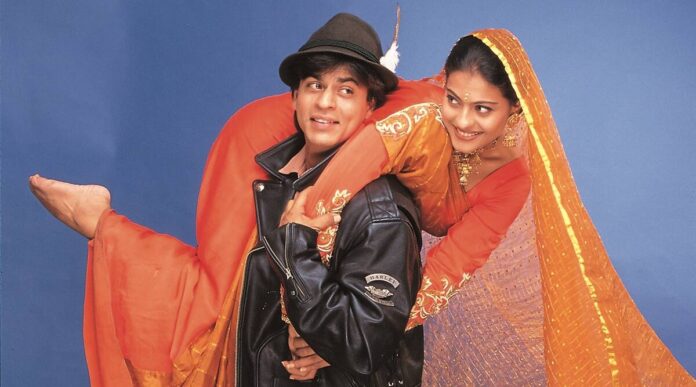 Yash Raj Films, the creators of the longest-running Indian movie in theatres, have announced that Dilwale Dulhania Le Jayenge (DDLJ) is re-releasing in the theatres on 2nd November 2022. For those who don’t know, DDLJ was originally released on 25th October 1995. Since then, the film has been running in Mumbai’s Maratha Mandir cinema for over 26 years now.

Dilwale Dulhania Le Jayenge is a love story between a guy and a girl who meet on a trip to Europe. The girl comes back to India, and her marriage is fixed according to her father’s preference. The guy, however, chases her to India to win her stern father’s heart and finally marry the girl he loves.

The re-release announcement of DDLJ has surely surprised everyone, as no one really saw it coming. The film stars Shah Rukh Khan, Kajol, Amrish Puri and Anupam Kher in lead roles. Don’t miss out if you still haven’t seen this everlasting love story. Watch it in PVR, INOX or Cinepolis on 2nd November 2022.

Previous article
Aamir Khan net worth 2022: His rich lifestyle will stun you
Next article
15 Best Documentaries on Startups For the Budding Entrepreneurs
Virat Verma

An Action Hero box office collection day 1 is estimated to be around Rs 2 Crores. The movie...
Talent

The Bollywood star, Vidyut Jammwal is on cloud nine after seeing his name got featured with renowned martial...