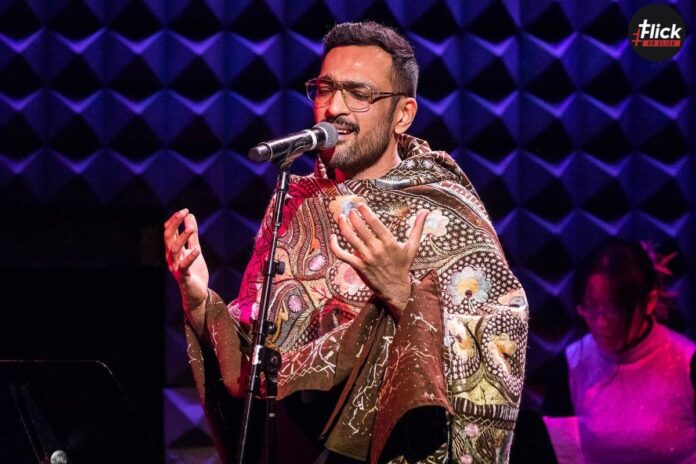 Ali Sethi is a Famous Pakistani singer who is appraised and loved all over the world. He has millions of fans and has been a crowd favorite on Coke Studio Pakistan. Ali Sethi also enjoys entertaining his followers on social media sites like YouTube, Instagram, and others by posting videos or live broadcasts. He requires no introduction when it comes to fame and popularity. Pasoori song by Ali Sethi and Shae Gill is one of the most popular songs this year, with over 203 million views on YouTube. The song is being enjoyed irrespective of language limitations, thanks to an unseen combination of numerous musical styles, particularly the tragic lyrics mixed with club music.

Pasoori song is influenced by a variety of cultures, from its experimental electronica beat to the tone of the traditional guitar rubab. According to Siddiqui, the track is a revolutionary new hybrid style. Moreover, it is one of the season’s finest innovative songs.

Hashim Ali developed the set for the video clip to create a social space where artists may embrace mankind “through not just race, but also variance in emotion, style, and religion.

According to Ali Sethi, this lovely song was composed utilizing only classical music, trumpet, and a 130-year-old piano. “This song contains no computerized instruments; it’s all played by hand. That is the song’s story.” The song, which is about dreams, optimism, serenity, and perseverance, seems like an embrace from an adored one after a long day.

What could be better than pleasant banter between two in-love protagonists? One was performed by Quratulain Balouch and Ali Sethi. On Coke Studio, the energetic couple took over the floor in Mundiya, giving a platform to the flirty conversation between two mischievous protagonists from the 1980s movie Mukhra. Although, it is the ideal music to give to someone who is just starting a relationship.

Yakjehti Mein is one of the famous songs similar to Heart consoling Pasoori.  This song was created for Radio Alhara and was played straight from Bethlehem in sympathy with the Palestinian folks. Hence, Yakjehti Mein is a hymn of resistance, hope, and solidarity in the face of an oppressive regime.

Mahi Mera is a duet with folk singer Jamaldin that is inspired by a lover’s desire. It’s catchy and filled with sorrowful and agonizing love feelings. Sethi conveys sadness via cheer and tolerance of reality in a society where hunger and misery govern life. Significantly, Love is frequently a privilege, and the song eloquently captures that.

Umar Riaz directed, shot, and edited the song, which expresses a richer, darker, almost curious state of love. It delves into the anguish of indecision, the thrill of self-doubt, and the lack of insight until it is found. Although, the music invokes nostalgia and is very evocative of music from the 1960s and 1970s, which has joined up with Ali Sethi’s sound.

Dil Ki Khair is another popular Ali Sethi song similar to Pasoori. It has poems by Faiz Ahmed Faiz. Sethi refers to it as the “first-ever reggaeton ghazal.” It will transport you back in time while providing songs to your ears and choreography to your feet.

On this track, Ali Sethi teamed with record producer Noah Georgeson. Sethi started on a visually and acoustically stunning voyage. The music is about rebirth or a miraculous waking after a terrible spell that is fueled by love and frees you.

Rung is a wonderful song that depicts numerous shades and kinds of love, despite its unpopularity in Pakistan. The music video depicted transgender and gay people dancing outside of festivities. Moreover, It also provides consolation/support to gay couples in love who have been shunned by traditional organizations. As a result, It has become a hymn for Pakistan’s LGBTQIA+ community who want to embrace the full range of LGBTQIA+ characteristics.

This music’s creative choices are on the level with the music itself. It is recorded in such a way that it seems like an old music track on a music player, almost like a foggy recollection lost in the rush of life. The music video serves as an utterly beautiful reminder to be true to oneself and let go of poisonous love. In fact, It’s the perfect tune to hear on your drive home from the office.

Another nazm penned by Faiz Ahmed Faiz and sung by Mehdi Hassan, Sethi gives the tear-jerking tune an unmatched performance. Mehdi Hassan eventually added the “Maana Ke Mohabbat” lyric/phrase, which is undoubtedly the most lovely section of this recital. The song addresses the concept of “love for love’s purpose” and not for reciprocation, encompassing sorrow, optimism, and love.

Ali Sethi is noted for putting his unique touch on classic ghazals. Gulon Mein Rang is a nazm by Faiz Ahmed Faiz that was earlier rendered as a ghazal by Mehdi Hassan. Sethi’s accent heightens the sorrow of the words, making the audience feel both delighted and sorrowful.

Read More: Top 8 Songs that will Open the Floodgates of Your Childhood Memories