If you’re a fan of Breaking Bad, you'll be definitely in search of some great shows like Breaking Bad that you can watch online. Don't worry we got you covered, in this article we have listed 10 shows that are similar to Breaking Bad and where you can them watch online. 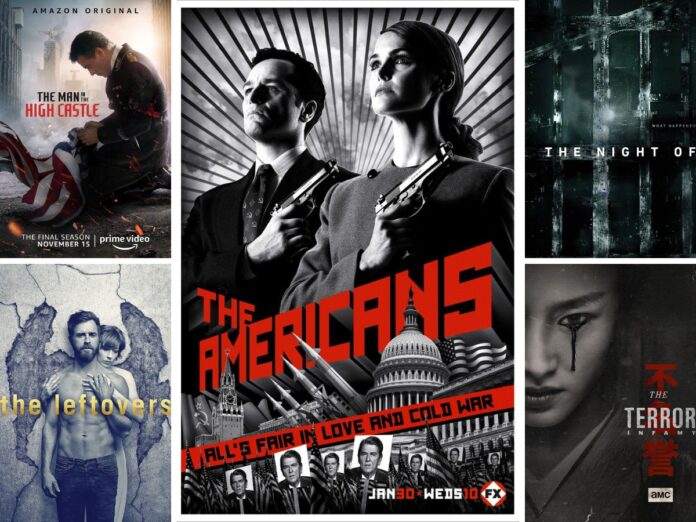 Breaking Bad, the critically acclaimed crime drama series that ran from 2008 to 2013, has left a lasting impact on audiences worldwide. With its captivating story, complex characters, and masterful storytelling, the show has become a benchmark for the genre.

If you’re a fan of Breaking Bad and looking for a new series to watch, here are 10 shows like Breaking Bad that you can stream online:

This prequel series to Breaking Bad follows the story of Jimmy McGill, a small-time lawyer who transforms into the criminal lawyer, Saul Goodman. With its familiar characters, intense performances, and gripping storyline, Better Call Saul is a must-watch for fans of Breaking Bad.

2. The Americans – Hulu Plus

This period drama is set in the 1980s during the Cold War and follows the lives of two Soviet KGB officers posing as an American married couple. With its espionage-thriller storyline, complex characters, and intense performances, The Americans is a perfect choice for fans of Breaking Bad who enjoy a good spy drama.

3. The Man in the High Castle – Amazon Prime Video

This science fiction series is set in an alternate timeline where the Axis powers won World War II, and the United States is divided between the Japanese and the Nazis. With its attention to detail, political intrigue, and thought-provoking storyline, The Man in the High Castle is a perfect choice for fans of Breaking Bad who enjoy science fiction and alternate history.

This horror drama series is based on real events and follows the story of two ships and their crew, who become stranded in the Arctic. With its intense and suspenseful storyline, The Terror is a perfect choice for fans of Breaking Bad who enjoy a good horror thriller. This show is much similar to Breaking Bad and you can stream it on Amazon Prime Video.

This crime drama is a limited series that follows the story of a young man who is falsely accused of murder, and the consequences that ensue. With its gripping storyline and intense performances, The Night Of is sure to keep you on the edge of your seat and making it a must-watch for fans of Breaking Bad.

This historical drama series follows the reign of Queen Elizabeth II and the events that shaped the second half of the 20th century. With its political intrigue, power struggles, and attention to historical detail, The Crown is a must-watch for fans of Breaking Bad who are interested in the inner workings of political power and leadership.

This dystopian series is set in a future where a totalitarian regime has taken over the United States and subjugates women. With its heavy themes, this show is not for the faint of heart but it does offer a powerful and thought-provoking storyline that is sure to keep you hooked.

This crime-drama is set in post-WWI Birmingham, England, and follows the Shelby crime family as they rise to power. With its gripping storyline, stylish visuals, and outstanding performances, Peaky Blinders is a must-watch for fans of Breaking Bad.

This post-apocalyptic series is set in a world where a nuclear war has destroyed civilization, and the remaining survivors must navigate a new world order. With its action-packed storyline, complex characters, and intense performances, The 100 is a must-watch for fans of Breaking Bad who enjoy a good post-apocalyptic story.

This drama series is set in the aftermath of a mysterious event that causes 2% of the world’s population to vanish without a trace. With its complex characters and thought-provoking storyline, The Leftovers is a perfect choice for fans of Breaking Bad who enjoy a good mystery.

If you’re a fan of Breaking Bad and looking for a new series to watch, there are plenty of options available to choose from. From crime dramas to legal dramas, to supernatural and sci-fi series, there’s a wide variety of options available for every taste. Each of the above-mentioned series offers a unique and engaging storyline, complex characters, and masterful storytelling that make them perfect for fans of Breaking Bad.

Avrodh Season 2 Review Punchline: The predictable story has been moulded into a gripping narrative that keeps you...
Entertainment

Fauda Season 4 Review: This time, the stakes are higher as Fauda goes deeper with its gripping tale...
Entertainment

Indian web series are getting repetitive in nature with most of them now focusing on violence and other...