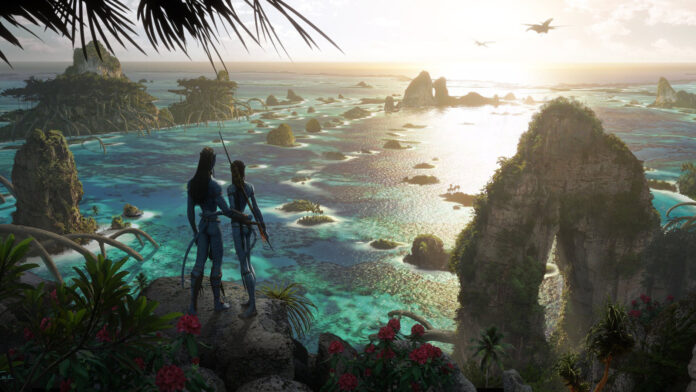 Director James Cameron’s Avatar was a groundbreaking film in many ways. Not only was it a massive box office success, earning over $2 billion, but it also utilized groundbreaking motion capture technology to create photorealistic characters and an immersive world. With the release of Avatar: The Way of Water released all over the world, now is the most appropriate time to revisit some other films that capture the feeling of exploring Pandora.

Prometheus features stunning visuals that are integral to the film. Just like in Avatar, the natural environment is beautifully shot, and the mix of practical effects and CGI creates a believable and expansive world for the viewer to explore. The attention to detail in the design of the Engineer’s ship and their home world is impressive, and the scenes involving aliens are particularly well done.

Denis Villeneuve is one of the most acclaimed directors working today, and his 2016 film Arrival is a perfect example of why. Arrival is a smart, thoughtful film about time, fate, grief, and human connection, and it features some of the most impressive performances of Villeneuve’s career. If you’re a fan of cerebral science fiction or well-written characters, then Arrival is definitely worth checking out.

Ridley Scott’s Alien is the first movie in the series and it is essential viewing. It’s a horror film set in space far in the future that has left a mark on the horror/sci-fi subgenre. Even with the vastness of space, the film is a tight horror film because it is confined to the spaceship Nostromo, rather than on an actual planet, like its prequel, Prometheus. Alien makes an impact on the now-iconic line, “In space, no one can hear you scream.”

While Interstellar doesn’t feature any aliens, it’s still an excellent movie that transports viewers to new worlds. It’s all about the nature of humanity, which is what all sci-fi is about. With its incredible cinematography and philosophical storytelling, it’s easy to see why Christopher Nolan is such a respected director. His vision is truly unique, and there’s no doubt that he could make an awesome video game.

It can be difficult to successfully reboot a popular sci-fi property with all-new actors, but J.J. Abrams’ 2009 Star Trek movie manages to do so while also respecting the classic storylines that originally built the franchise. Alternate timelines have been a major focus in cinema in recent years – most notably in movies like Doctor Strange in the Multiverse of Madness and Everything Everywhere All at Once – but Star Trek actually began telling an alternate timeline story more than a decade before those movies came out. It’s not like the 2009 movie invented the concept, but it handles the idea as well or better than later movies have.

The visuals in Blade Runner are amazing and really help to create a believable and fully realized world. The use of neon advertisements, interesting lighting techniques, and the constant presence of rain and shadow really helps to set the tone of the film. This makes it feel like a dangerous place. The flying cars, crumbling cityscapes, and replicants all add to the visual feast that is Blade Runner.

Avatar 2, the epic science-fiction directed by James Cameron, is the sequel to Avatar (2009). The movie has...
Entertainment

James Cameron is a filmmaker who is known for pushing the boundaries of cinema. He is the director,...
Entertainment

Avatar 2 directed by James Cameron released in the theatres on 16th December 2022 and since then the...