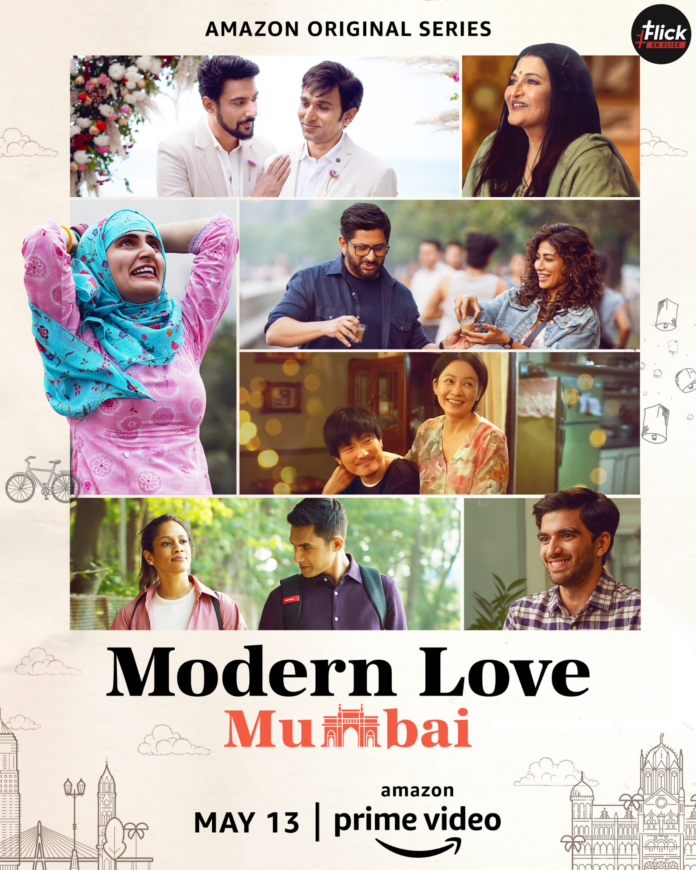 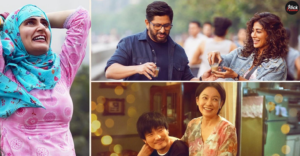 The desi answer to Amazon Prime’s elegant New York counterpart is chaotic yet beautiful, liberating yet limited, and a dichotomy of identities, just like the city. These stories, in true Bollywood fashion, have a lot to say about love—after all, it’s the most sellable emotion—but the shine has worn off, and you won’t like everything you see. In essence, ‘Modern Love Mumbai’ is a jumble of fact and imagination, and the serving is scorching hot—scoop up quickly and take what suits you best.

Self-described softie talks about love and grief. People “fall in love in mysterious ways,” according to Ed Sheeran, who previously voiced his opinion in his laconic style. It’s interesting to note that Sheeran has also declared nihilistically that “the worst things in life come free to us.” Included is love. But, then again, what is true love? Siri explains that love is “a profound, sweet, ineffable emotion of devotion and solicitude,” as she “understands it.” One simple term, many different interpretations: none are incorrect or more appropriate than the others. Similar emotions are expressed in ‘Modern Love Mumbai,’ however, with less precision in a few passages. 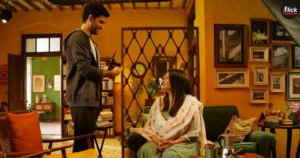 The series, which is based on the New York Times’s popular column of the same name, continues the formula of its predecessors, with each episode lasting roughly 35-45 minutes. Six directors, six storylines, and six perspectives converge in the final episode. Two of the best films in the series are directed by women who are making waves in the film industry with their no-holds-barred storytelling. A proud and spiteful Dilbar Sodhi (Sarika) has no qualms about fingering off to a much younger, feather-mustached business analyst Kunal (Danesh Razvi) in Alankrita Shrivastava’s ‘My Beautiful Wrinkles,’ but God forbid her pals to look for love in older men. This chapter exposes the hypocrisies that most of us harbor without vilifying the hypocrite. When you combine that with Razvi’s naive eyes and Sarika’s, well, Sarika-like charm, you get a story that could have been a full-length novel. Shrivastava, who has always been open about his sexuality at all levels of society, expresses similar sentiments here. The wrinkles, a metaphor for unresolved trauma, are genuinely beautiful and wholesome in their presentation: painting-like shots, arthouse faces, and Razvi and Sarika’s unmistakable chemistry.

Now for the second song, ‘Raat Rani’ by Shonali Bose (queen of the night). When a young, married Kashmiri Lali (Fatima Sana Shaikh) is left in a dingy apartment in suburban Mumbai by her ‘bored’ husband Lutfi (Bhupendra Jadawat), this firecracker of a lady crosses two flyovers: a literal one and a metaphorical one anchored to her own society-imposed demons pertaining to love and ‘uff! Those damn rules!’ As a skilled storyteller and enthusiastic supporter of women’s empowerment, Bose confronts the elephant in the room: triple Talaq. Without Fatima Sana Shaikh, who is, predictably, brilliant, Bose’s concept of a less fortunate woman rising beyond her ‘pitiful’ circumstances would not have come to fruition.

Hansal Mehta’s socio-religious comedy ‘Baai’ and Nupur Asthana’s ‘Cutting Chai’ are both mildly unsatisfactory. Mehta’s Baai (Tanuja) is an elderly matriarch who has witnessed the Gujarat riots, but her oppressive family believes she is incapable of processing the fact that her grandson Maanzu (Pratik Gandhi) is gay. Unfortunately, in Indian society, it is often the parents who have feelings for you: they ‘love’ the boy they chose for you to marry, and they blame all of your coming deaths on the ‘family disgrace’ that is your gay son. Mehta’s grasp of the complexity of a typical middle-class family is right on; yet, his portrayal of same-sex love is absurd. After a while, Mehta realizes the flaw in the illusion and adds 100 songs to cover the awkward kisses and make-out sessions between Brar and Gandhi. These two, on the other hand, are beautiful individually. Gandhi’s portrayal of Maanzu as a commoner epitomizes small-town attractions. Brar, on the other hand, has an impossible love affair with food. This chef must adore his profession since even the mention of it brings tears to his eyes. Their chemistry is strange, to say the least, and non-existent.

Similarly, Arshad Warsi (Danny) shines a light on chauvinistic men who are supported by choice-reluctant spouses like Chitrangda Singh’s writer-in-progress Latika in Asthana’s ‘Cutting Chai.’ There’s nothing wrong with re-delivering a previously delivered package (in this case, the narrative), but throw in a new angle and some experimental lines, and yaar… While pining for (lost) time, Singh is boldly underconfident in her search for the purpose (in life). They don’t think the story is good enough. 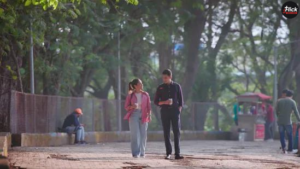 ‘I adore Thane’ by Masaba Gupta and Ritwik Bhowmik has a lot of emotions for me. Was Thane always this beautiful and seductive? In any case, Dhruv Sehgal’s proclivity for infusing a feeling of normalcy in interactions (on film) is reflected in these two diametrically opposed personalities. One is a landscape designer from Bandra. Another is a BSc graduate, a Sarkari naukar, and an I-love-Thane lad. Sehgal creates a love narrative based on a universal desire for human connection: not Instagram bonding, but physical bonding with genuine emotions. Although this urban romance isn’t Sehgal’s best (considering we’ve already seen ‘Little Things’), there are plenty of laughs to be had. As an odd couple in a classically weird place to fall in love with, Gupta and Bhowmick are natural and effortlessly comfortable.

In ‘Mumbai Dragon,’ Vishal Bharadwaj’s flair for reality is coupled with his newfound interest in humor. His characters arrived in India from China in the 1930s and have lived there ever since. “Yeh Chini tujhse acha Hindi bolta hai,” a racist music producer shouts. For Ming (Meiyang Chang) and his fiercely protective mother, home is a feeling rather than a geographical construct (played by Yeo Yann Yann). Ming aspires to be a singer and has a Gujarati girlfriend; his mother refers to the latter half of his rebellion as “a vegetarian witch.” Bharadwaj, a master at fusing global societal challenges with Indian sensibilities, emphasizes the often-boundless interactions that Asian children have with their parents. And the impact it has on millennials and Gen-Z: the theme, which reflects actor Chang’s own life in some ways, somehow eludes all the qualities that distinguish Bharadwaj productions. It’s not that it’s not funny (which was the director’s primary goal) or has a strange tone; it’s just that the characteristic maneuvers are lacking, resulting in a low-impact climax. But, for some of us, isn’t that what ‘Modern Love’ means: baffling and defying logic on all levels?

The spirit of ‘Modern Love Mumbai’ is free-thinking, but the cinematography is staunchly traditional. Surprisingly, we see the city through the same traditional lens of modern Bollywood—drone shots of slums juxtaposed against SoBo snobbery, Sea Link as a metaphor for sadness, and Shah Rukh Khan’s bungalow as a euphemism for you’ve arrived. British Nandy Communications could have done more; they had the resources, after all.

‘Modern Love Mumbai’ covers a wide range of topics, breaking down barriers along the way and essentially teaching me that if external love is your only currency, you will be spent.

A unique sense of curiosity arises when you hear the phrase hottest actresses in Saudi Arabia, doesn't it? Why? Because...
News

After the pandemic strike, one thing is growing very rapidly and that is the video conferencing platform, to...
Entertainment

Brahmastra Part One: Shiva continues to experience exponential growth at the box office going into the third day...
Match Prediction