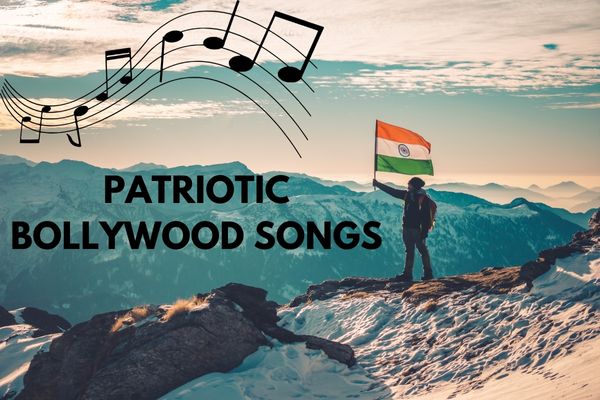 India has emerged as one of the world’s most democratic and secular countries after its Independence. Our freedom fighters ensured that we had a beautiful life free from any kind of shackles and obstructions. Today, we enjoy the air of liberty due to the millions who sacrificed their today for our tomorrow. It’s almost impossible to capture all the emotions and feelings we feel for our nation and its freedom fighters in just a few words. However, a few patriotic Bollywood songs have managed to somehow accommodate most of our feelings towards our beloved nation that continues to thrive. Some Hindi songs have beautiful lyrics sung by great artists, which can definitely awaken the patriotism in you. Today, we recount some of the best patriotic Bollywood songs that will give you goosebumps and light up the fire under you.

The iconic song has become synonymous with Indian festivals like Republic Day and Independence Day. These festivals can’t be completed without hearing this great Bollywood song about the patriotism of Indian army men. It is sung by Roop Kumar Rathod and Sonu Nigam. The lyrics for the song were penned down by the great Javed Akhtar. Music has been composed and directed by Anu Malik. For listening to this patriotic Bollywood song, click here.

Sung by Kumar Sanu Mera Mulk Mera Desh is a beautiful patriotic Hindi song that makes you wanna adore and appreciate everything about your country. The song, directed by Anu Malik, is among the best patriotic Bollywood songs.

AR Rahman, the legendary Oscar winner singer, songwriter, composer and musician, has sung this beautiful patriotic song that will give you goosebumps. Rahman’s soothing voice is just magic to the ears. Mehboob Kotwal has written the lyrics for this track which is considered among the best patriotic Bollywood songs.

This Hindi song from the film The Legend of Bhagat Singh is remembered fondly by the Indians. The song sung by Sonu Nigam and Manmohan Waris evokes great feelings of patriotism. AR Rahman has worked as the music director on this track which is written by Sameer.

Aye Watan is a song filled with excitement and patriotism. The song provides an unmatched zeal and energy. It is sung by Sukhwinder Singh and Udit Narayan. The lyrics are written by Anand Bakshi, while Sukhwinder Singh has also worked as the music director.

Another legendary patriotic Bollywood song sung by Udit Narayan and Sonu Nigam is a wonderful track that makes you realise the sacrifice of Indian soldiers to protect the nation. Anu Malik has composed this pleasing track.

Phir Bhi Dil Hai Hindustani is unlike other patriotic Bollywood songs. It will make you happy and cheerful with its lyrics that every Indian can relate to. Javed Akhtar has penned down the words which are sung by Udit Narayan. Jatin-Lalit has worked as music director for this track.

Sung by legends Lata Mangeshkar, Udit Narayan, Gurdas Mann, and Pritha Majumder, Aisa Des Hai Mera is one of the most beautiful patriotic songs in Hindi. Not surprisingly, Javed Akhtar is again the lyricist who has worked his magic on a patriotic song.

A legendary song that inspired many patriotic tracks, Hai Preet Jahan Ki Reet, is an appealing song. It is sung by Mahendra Kapoor, the lyrics for the track are provided by Indeewar and the music is composed by Kalyanji-Anandji. The song will make you appreciate Indian history, tradition and culture.

Sung by the great Mohammed Rafi and Balbir Yeh Desh Hai Veer Jawaano Ka is still among the best patriotic Bollywood songs despite releasing in 1959. Sahir Ludhianvi wrote the lyrics, while O. P. Nayyar served as the music director.

Indian Music Industry is blessed to have Amit Trivedi by its side who is a very talented music...
Talent

If you are a 90s kid, you must remember the hot and bold songs featuring Emraan Hashmi that...