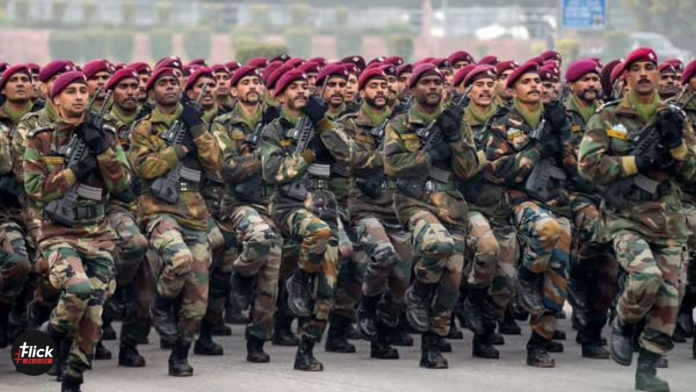 Today, on 15th January, India is celebrating its 74th Army Day. The Indian Army day is dedicated to honoring the soldiers of the armed forces for their selfless service and is a matter of pride for every Indian.

Why We Celebrate The Army Day In India?

It marks the day when Lieutenant General, Kodandera M Cariappa, took charge of the Indian Army from the British. It is celebrated with military shows and parades in New Delhi and across the nation in army headquarters every year. Owing to the surge of the Omicron variant, celebrations of the current year have been muted.

Hidden Facts About Indian Army We Bet You Don’t Know

Well! Here are the facts about the Army of India that you’ve been looking for. Go on and enjoy reading through the list.

One Of The Largest Armies In The World

Indian Army, with 3 million military personnel, is the 4th largest military in the World after the US, Russia, and China.

The Indian Army recruits people based on their talent, fitness, and skills, not by caste, religion, or creed. There is no reservation quota for any section of society.

In the 1971 Indo-Pak war, Pakistan surrendered, involving 93,000 soldiers with no conditions. It was the enormous surrender after World War II and a landmark for the Indian Army, which resulted in the creation of Bangladesh.

Indian Army controls The Siachen Glacier, located in the Himalayas.

The highest battlefield in the World, the Siachen Glacier, is controlled by the Indian Army. It is 5000 m above mean sea level. The place is habitable, yet the Army manages to stay and stand guard over there.

Only Two Casualties from India Were Reported in the Battle of Longewala.

The Battle of Longewala, fought during the 1971 Indo-Pak war, resulted in the Indian Victory with two casualties. A Bollywood film, Border, was made on this war. If that’s not a highlight feat, then what could be. Imagine the intelligence and vigour of the soldiers to come home without shedding a drop of blood.

The Assam Rifles is the oldest Paramilitary Force of the Indian Armed Forces.

The Assam Regiment was founded in 1835 with 750 men. The regiment has 25 battalions. It was then raised as a force named Cacher Levy.

The Indian Army Has a Cavalry Regiment

The 61st horse-mounted cavalry regiment Army of India is one of the best and last such regiments.

Indian Armed Forces Is One of the Most Significant Troop Contributors to the Un Peacemaking Missions.

India has participated in 49 Peacekeeping missions involving more than 200,000.

Indian Army Carried Out Operation Rahat (2013), One of the Most Significant Civilian Rescue Operations in the World

The Indian Air Force evacuated thousands of citizens during the Uttarakhand floods in 2013 using helicopters.

Previous articleWhat Is Makar Sankranti and Why Do Indians Celebrate This Festival?
Next article10 Best Places to Travel to In Croatia
Flickonclick

Amazon finally announced an annual Prime Day sale for Prime members. It will begin in India on July...
News

Delhi COVID Restrictions Uplifted: Everything You Need To Know

The Delhi Disaster Management Authority (DDMA) held a high-level meeting on Thursday to review the pandemic situation in...
News

Despite the fact that WhatsApp has been around for almost 10 years, the messaging programme still only allows...
Entertainment

Who does not love a good romantic flick that can make one feel all the emotions in about...
Offers

3 Best Ways to Get Canva Pro for Free

Canva Pro is the tool that lets you create designs with ease without the need to go through...
News

Grofers is an Indian online grocery delivery service. It was founded in December 2013 by Albinder Dhindsa and...
Entertainment

Bollywood classic diva Sushmita Sen made her digital media debut with her latest series 'Aarya'. Soon after the...