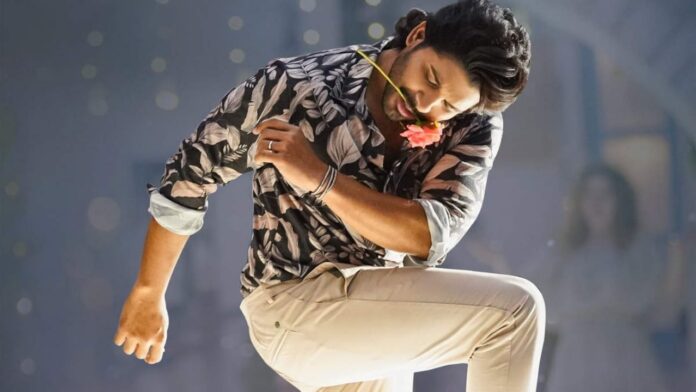 Tollywood is unquestionably the home of brilliant on-screen dancers. In contrast to other entertainment industries, Tollywood boasts the best dancers nationwide, and everybody has their dancing flair. Each one, from Superstar Chiranjeevi to modern performers, has established its own fan-based dance steps. Now, we provide a collection of the Top 10 Telugu Dancers of All Time.

Scroll down to know the best Telugu dancers of all time:

Chiranjeevi is among the most well-known performers in South Indian films. This experienced actor is my personal fave and the most stunning dancer in Tollywood. The megastar and expert of his art use his magnetism and elegance to give each song fresh life. Chiranjeevi can crawl and extend his body like a tide to make dancing motions with various facial expressions.

Ram Pothineni, a young actor, is a terrific dancer, hitting all of his movements hard and exuding charisma. From Devadasu to Vunnadi Okate Zindagi, the Ready actor has surely won dance praises. He can move quickly upwards and downwards and around. He swings his leg with delight, his dancing motions flapping in the breeze. Ram is the sole actor who can wiggle his way through the hearts of the audience. He might be one of the best professional Telugu dancers along with being a famed actor.

Sai Pallavi is the Telugu film Industry’s stunning beauty. She is known as the Rowdy Girl. Aside from her social engagements, life-changing ideas, and acting talent, she is also an excellent dancer who enjoys dancing. Sai Pallavi, a skilled dancer, is noted for her electric dance routines in all of her films. Her dancing routines in films such as Love Story have recently become a significant sensation amongst the young and general public.

Although commencing his journey in Telugu film, he has also acted in Bollywood Hindi masterpieces such as Baaghi. This talented badminton player is also well-known for his dance performances in Tollywood. His exquisite dance moves and charming steps have made him one of the most popular Telugu dancers.

Now we arrive at the stylish diva and contemporary Tollywood finest dancer. Allu Arjun can perform incredible flips, floor spins,  handstands, and even moonwalks. He dances with such ease as if he’s drinking water or simply strolling past. His inventive moves and great intensity, appropriate dance abilities make his presentation more than just entertaining. He stretches his physique better than his peers in every Telugu movie.

India’s national crush Rashmika Mandana made her Tollywood debut in the Kannada flick Kirik Party. She grabbed the hearts of the entire nation with movies like Dear Comrade and Geetha Govindam starring Vijay Deverakonda. But very few of us are aware of her dance ability. Rashmika’s beautiful performance has been captured in tracks such as Mind Block. Along with being a great actress, she is one of the best Telugu dancers in the industry at present.

So the adage goes, “like the father, so the son.” We might argue that the remark applies to Ram Charan and his father, the great actor Chiranjeevi. Ram Charan learned how to dance through his father and exhibited his ability, making the performance even more pleasurable to watch. His elegance and rapid leg motions, among many other dancing moves, capture the audience’s attention. Many of his fans are attracted to him because of his looks, acting talent, dancing ability, and fashion sense.

Prabhas, the best top star of Telugu cinema and the sole and only Bahubali of the South Indian cinema industry, has a distinct sense of machism and acting and dancing style. With the international release of Bahubali, the entire world witnessed his acting talent. In the year 2002, he made his acting debut with the movie Eshwar. You may witness his most well-known and memorable dance performances in Mirchi, Mr. Perfect, and Billa. Prabhas is currently one of the best Telugu dancers and actors.

This stunning milky actress originally gained attention for her attractiveness. People finally started noticing her acting and dancing ability. In the Telugu film industry, she is among the preferred dancers of style actor Allu Arjun. Tamannaah has dabbled in a variety of dance styles, from neoclassical to belly dancing. Her dance talents were highlighted in the Tollywood film Nath, in which she co-starred with Allu Arjun.

Jr. NTR is regarded as one of India’s best Telugu dancers due to the elegance and flexibility of his movements. He performs both modern and classic hip-hop dances at the same time. His dancing body language and facial gestures are always in sync. Jr. NTR adds a new degree of flame to every stage performance as he moves to any music. This is why spectators enjoy watching this top Telugu dancer performance.

Bollywood sports-based films are a must-see for Indian audiences since Bollywood and sports are a good combo. They...