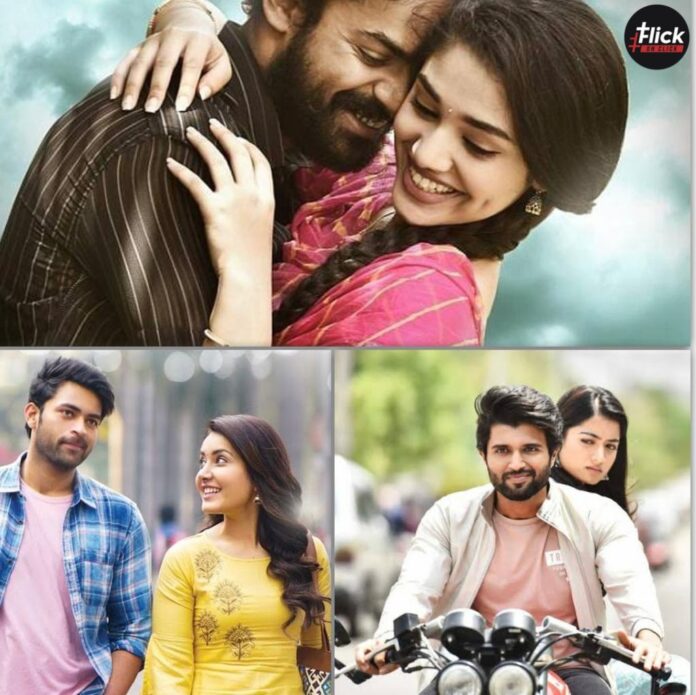 Do you enjoy viewing South Indian movies but find it difficult to get them in Hindi dubbed versions? If so, Flickonclick is the correct place to explore. This post will provide you with an idea of the most recent greatest South Indian rom-com movies that have been dubbed in Hindi for your enjoyment. Hence, All of these films have been hugely successful and have been dubbed in Hindi. Surprisingly, you can simply view all of these flicks in Hindi on YouTube.

Do you like Vijay Deverakonda’s movie? If so, this is the one for you. Geetha Govindam is Vijay Deverakonda’s one of the best romantic South Indian movies of all time. The film begins with the hero Vijay Gavindam falling in love with a lovely girl named Geeta in a temple. However, the entire film demonstrates how Vijay professes his affection for Geeta.

You’d enjoy watching a romance film starring Vijay Deverakonda. This film contains Vijay Deverakonda’s difficult love tale, which will make you believe in genuine love all over again. As a result, it is one of the best South Indian romance movies dubbed in Hindi for you to watch.

Tholi Prema, the title of the movie, means “first love.” Do you enjoy Varun Tej’s film? If so, you’ve come to the correct place. The film begins with Aditya (Varun Tej) seeking his love, his fiancée, and then transitions into flashback style. And the complete film depicts Aditya and Barsha’s love journey and how they find love with each other.

Dear Comrade is another romance film starring Vijay Deverakonda. If you enjoy Geeta Govindam, you will enjoy this film. The film begins with Bobby (Vijay Deverakonda) confessing his love for Lilly. The film then begins in flashback mode. The entire film depicts Bobby and Lilly’s love journey in an action-drama style. It’s one of the most popular South Indian romance movies. Whereas, you can enjoy it straight now on YouTube in Hindi.

Do you enjoy viewing Nithiin’s films? If you enjoy watching Nithiin’s and Megha Akash’s films, you should watch this one. In fact, It’s a sweet romantic drama in a South Indian romantic comedy. Moreover, the film begins with a sweet love tale between Mohan (Nithiin) and Megha (Megha Akash), and the love narrative is the main theme of the film.

Super Khiladi 4 is one of the best South Indian rom-com movies (Nenu Local). The film depicts a sweet romantic drama between Babu (Nani) and Keerthi (Keerthy Suresh). Maybe you’ll see your favorite actor or actress in this movie because the lead parts in Super Khiladi 4 are played by Nani as Babu and Keerthi Suresh as Keerthi.

The film Uppena depicts the love tale of a sailor who finds love with a wealthy woman. This film, like any love story, includes a plot that shows how a couple falls in love with each other and the hardships they endure to safeguard their love. By the way, Panja Vaisshnav Tej plays a fisherman and Krithi Shetty plays a rich girl in the film. Uppena is the most recent South Indian Love Narrative film, depicting a new romantic drama with original characters. The director of the movie is Buchi Babu Sana.

Overhyped! This list of Overrated Tollywood movies will undoubtedly turn many people's faces crimson. Before you get offend us,...
Entertainment

Vikram Vedha Box Office Collection Day 2 is estimated to be around Rs 12.75 crores according to the...