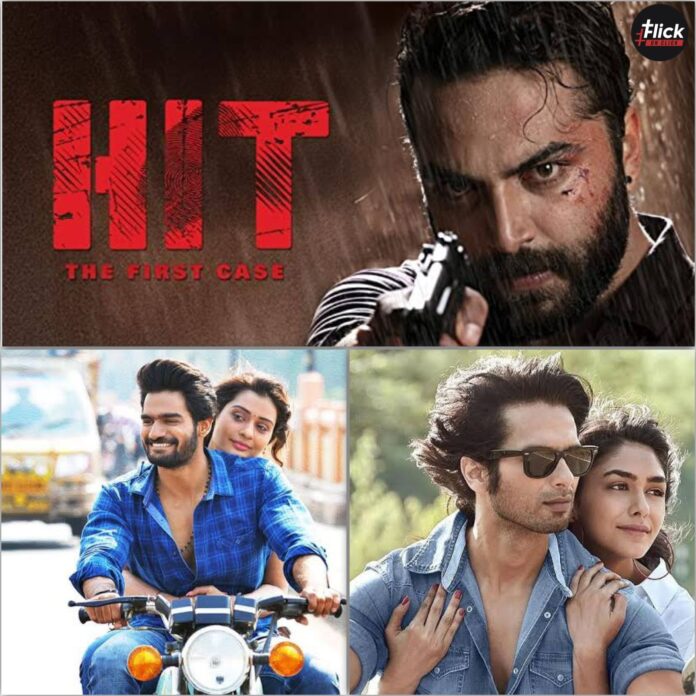 It is fairly usual in Bollywood to recreate super successful films from regional languages, and South movies, Tollywood are quite famous among these remake. There is nothing wrong with that because so many Hindi films have been remade by regional companies.

Sometimes Hindi directors are not only remaking new south films, but they are also looking for and recreating old movies that were out a few years back.

Currently, there are approximately 7 similar Tollywood movies remake in the works in Bollywood. Let’s have a look at a few of them below.

Jersey, a Telegu sports thriller, is being recreated in Hindi with Shahid Kapoor, Mrunal Thakur, and Pankaj Kapoor in the lead roles. Gowtham Tinnanuri, who produced the original, will also direct the remake. The plot centers around a gifted but failing cricketer who returns to the game in his late thirties for the sake of his son. The film is going to be live in theatres on 14th April 2022.

Unlike the majority of the films on this list, Director Karthick Naren’s Dhuruvangal Pathinaaru was a surprise smash that finally impressed both audiences and reviewers. Varun Dhawan and Parineeti Chopra will star in the Hindi adaptation dubbed Sanki. According to TOI, Sajid Nadiadwala would produce the film. Moreover, Dhawan will play a cop in the film, and Naren will direct the Bollywood remake as well.

Payal Rajput and Kartikeya Gummakonda played prominent parts in the Telugu film RX100. The tough love tale is about a young man, Shiva, who is madly in love with Indu, but when they are separated, he becomes a violent person. Tadap, a Hindi version of the film directed by Milan Muthria, stars debutant Ahan Shetty and Tara Sutaria. The film is scheduled to be released on September 24, 2021.

Arjun Kapoor would reportedly play the role of ‘Fun and Frustration’ in the Hindi adaptation. Arjun will resume his role as Varun Tej, while further casting information is unknown. The Hindi adaptation will be co-produced by Boney Kapoor and Dil Raju, and Anees Bazmee is expected to direct.

Vikram Vedha, a neo-noir action thriller, has been rumored to be getting a Tollywood remake for quite some time. According to TOI, Hrithik Roshan and Saif Ali Khan have officially been cast in the project. However, the original film starred Vijay Sethupathi and R Madhavan in prominent roles, and the plot centered around Vikram, a police officer on a mission to apprehend Vedha. When Vedha voluntarily capitulates, he tells Vikram a story that changes his perspective on good and evil.

HIT (Homicide Investigation Team): The First Case, a 2020 Indian language adventure mystery movie produced by Sailesh Kolanu and stars Vishwak Sen and Ruhani Sharma, is being remade in Hindi with Rajkummar Rao and Sanya Malhotra. Whereas, the plot centers around Vikram, a Police officer with the Homicide Intervention Team (HIT) who is grappling with past trauma. When a girl mysteriously disappears, he must put his past behind him and concentrate on solving the case. Finally, Rajkummar Rao will play the protagonist in the Hindi adaptation, which is now in production.

Ajay Devgn is unquestionably skilled at appearing in Tollywood movies Bollywood remake. After appearing in Drishyam, Singham, and other films, the actor will next be seen in Kaithi, an adaptation of the action film. Moreover, this will be his tenth remake of a South picture. Hence, this Lokesh Kanagaraj film is about a former who wants to see his child after he is freed from prison. His strategy, however, is thwarted when an officer executes a drug raid. Jagan Shakthi will oversee the remake. On Twitter, the actor made the announcement.

Lakadbaggha box office collection day 1 is estimated to be around Rs 10-15 Lakhs. The movie is earning...
Entertainment

The first part of the superhero trilogy movies serves as the inspiration for Brahmastra’s production team. Some filmmakers...