Check out the ultimate murder mystery movies to watch on Netflix India. 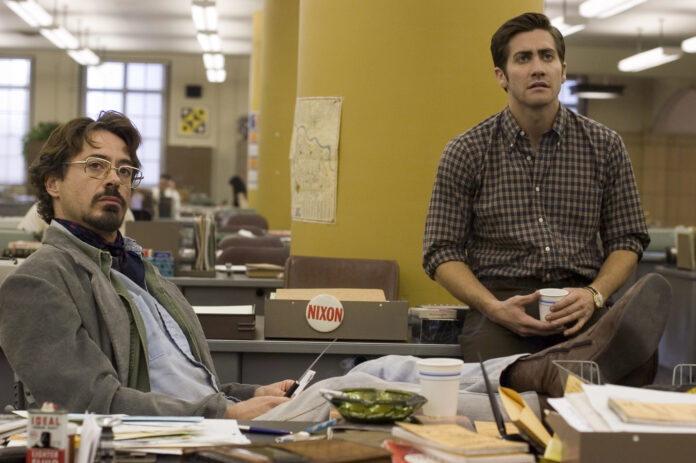 Harlan Thrombey, a reputable crime novelist, is found dead after his 85th birthday celebrations in this murder mystery movie that does not lose its steam at any moment. Daniel Craig plays the detective Benoit Blanc who discovers sinister intentions and ploys behind the murder of the novelist. Chris Evans, Ana De Armas and Joseph Gorden Levitt also feature in this film.

2- Glass Onion: A Knives Out Mystery

Another murder mystery movie that we absolutely love and suggest everyone watch at least once. Glass Onion: A Knives Out Mystery again puts Benoit Blanc, the detective played by Daniel Craig, in the spotlight. This time the murder mystery is even trickier than the previous film. Edward Norton also plays a key role in this film.

3- The Woman in the Window

Agoraphobic Dr Anna Fox (Amy Adams) witnesses something she shouldn’t while keeping tabs on the Russell family, the seemingly picture-perfect clan that lives across the way. The movie is uniquely engaging and keeps you on your toes for the entirety.

Stephanie, a single mother, along with Sean, Emily’s husband, set out to unravel the mystery behind the disappearance of Emily. However, they counter secrets much more than what they bargained for in this murder mystery movie that will treat you to surprises you won’t expect at all. Blake Lively and Anna Kendrick play the main roles in this film.

Determined to find her missing daughter, a desperate woman launches a personal investigation that leads police to the unsolved cases that take her to a whole new level of crime. Lost Girls is a critically acclaimed murder mystery movie to watch on Netflix India.

The trio of Jake Gyllenhaal, Mark Ruffalo and Robert Downey Jr came together for this murder mystery movie that is inspired by real events. The film takes a deep dive into the investigation done to find the zodiac killer who troubled the American police for quite a long period of time.

Ashwin Kumar, a hardened investigator, deals with conflicting perspectives involving a brutal double murder. The case gets complicated when the parents of the murdered girl emerge as the prime suspects in this murder mystery movie that is inspired by real events. Irrfan Khan is absolutely phenomenal in this film.

Akash (Ayushmann Khurrana), a piano player pretending to be visually impaired, unwittingly becomes entangled in a number of problems as he witnesses the murder of a former film actor. It is definitely one of the best Hindi murder mystery movies of all time to watch on Netflix India.

The policemen question Henry Hearst, a rich tax attorney, over the murders of two girls and set him free over a lack of conclusive proof. However, his wife gives the police a conflicting version that leads to a great cat-and-mouse game. Morgan Freeman plays the lead in this murder mystery movie.

Robert Downey Jr and Jude Law are exceptional in this murder mystery movie in the roles of Sherlock Holmes and Watson, respectively. The film follows them on a journey to uncover the truth behind a series of murders.

Superheroes have traditionally been a popular theme in numerous types of fiction. Their larger-than-life narratives excite us, offer...