Find out the best English web series to binge on Netflix. 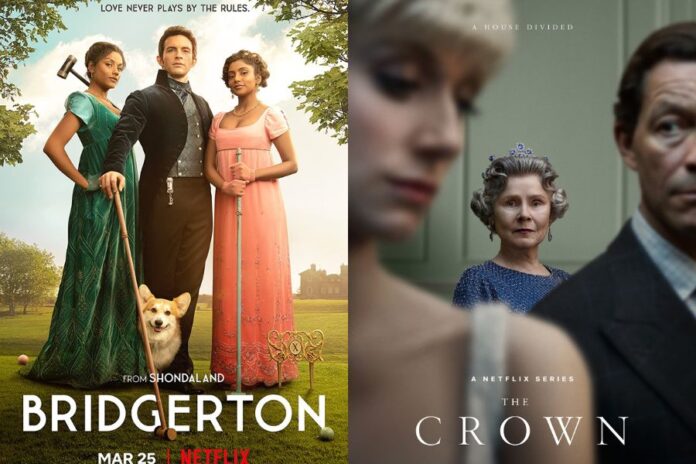 War veteran David Budd finds work as a police sergeant with the Metropolitan Police Service in London, in the Royalty and Specialist Protection branch, and he is assigned to protect the conniving Home Secretary. He must deal with a treacherous plot and work hard to save his life in this fast-paced mini-series. It’s a quick watch and surely one of the best English web series on Netflix to stream right now.

Taking place exclusively within the confines of a police interview suite, police officers and suspects engage in intense mental conflict as they both wrangle for the psychological upper hand in this suspenseful English web series on Netflix. It is highly engaging and sticks to the main points. You won’t find yourself wasting any moment with this English web series.

Jimmy Savile was one of the most loved TV personalities in England. Shockingly after his death, more than 450 cases of sexual assault and abuse came forward. His victims ranged from as young as 5 years old to as old as 50 years old. It’s a harrowing story that brings forward one of the most heinous tales in Britain.

Crashing is a heartwarming comedy web series in English to watch on Netflix India. The show follows six individuals who live in an abandoned hospital as its property guardian and form relationships and bonds that will test them as human beings. The show will make you feel happy with its warming and sweet tales.

This is another comedy web series on Netflix in English. The show is set in a dystopian future. A 17-year-old guy embarks on a journey to find his father. He believes himself to be a psychopath. He meets up with a girl who is much crazier than him, and the series of their misadventures begin after that. Surely, one of the best English web series on Netflix to watch right now.

As a result of refusing to participate in a cover-up, DS Steve Arnott joins a special and controversial unit dedicated to rooting out corruption within the police force. It is one of the most critically acclaimed English web series of all time. The show has an interesting storyline which makes it a perfect thriller to binge.

Bridgerton is a hot romance web series to watch in English on Netflix. During the Regency era in England, eight close-knit siblings of the powerful Bridgerton family attempt to find love in this show that is termed sensual by the critics. It is for those who love scintillating dramas with a hot cast.

One of the most popular British sitcoms of all time, The IT Crowd follows two tech geeks based out of a Reynholm Industries’ basement. When a new supervisor is hired, she turns out to be illiterate in technology, and together they land in hilarious situations in this highly addictive comedy show.

Let us know which one of the shows is the best English web series on Netflix India for you.

Are you in the mood to curl up in your blanket and dim the lights to immerse yourself...
Offers

There is something unique about watching motivational and inspirational web series in the Hindi language on OTT platforms....