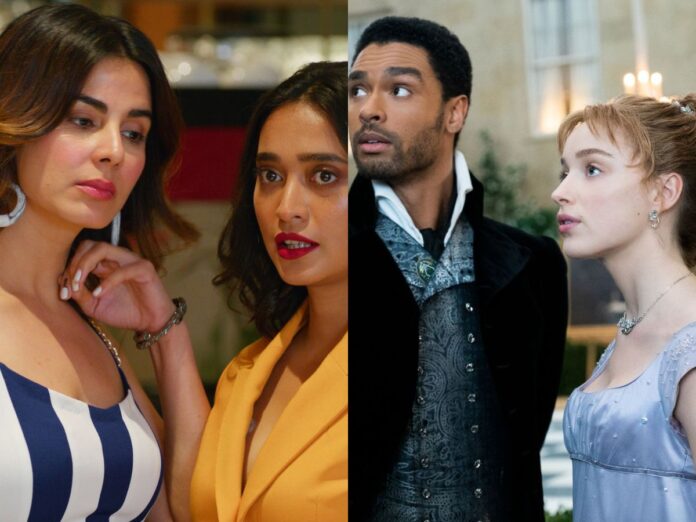 Finding the hottest shows filled with romance, betrayal and drama is not an easy task since many of the web series available on OTT platforms in India focus mainly on violence and thrill. However, you don’t need to search the web cause we have found the 7 hot romantic web series that will satisfy your urge for excitement and thrill.

Hello Mini is a hot romantic web series that you can watch on MX Player in India. The show follows a girl named Mini who moves to Mumbai in order to pursue a new career. However, she is stalked by a man who can go past any boundaries of privacy. It’s one of the hottest web series to watch right now.

With the third season on its way, this hot romance web series is definitely one of the finest long-running dramas to watch on Amazon Prime Video. It follows four single female friends who navigate their careers and relationship in the city of Mumbai.

The casino is streaming on ZEE5 a steamy show that’s filled with quite a few thrilling sequences. It follows a reluctant heir of a casino who is manipulated by his father’s keep. He must overcome the struggle and carve his own identity to escape the clutches of the keep and save the casino.

Swara Bhasker stars in this film as a teacher who is also involved in the world of prostitution. One of her students becomes fascinated with her and ultimately falls in love with her. It makes the mother of that student launch a witch hunt against the teacher. It’s easily one of the best hot romantic web series to watch on Amazon Prime Video.

One of the most watched English shows on Netflix, it is a must-watch hot romantic web series. The show follows a high school student who teams up with his friends to set up an underground therapy clinic at school.

This hot romantic web series is set in the regency era in England. Eight siblings of the Bridgerton family try to find love and romance in this hot show that depicts beautiful love stories. You can stream it on Netflix.

Last but least on the list of hot romantic web series is this show streaming on MX Player. It follows 6 siblings who move to Mumbai to chase their dreams while sharing a flat and emotions that spawn from their lives.

Love stories are worth experiencing all year long, so you don't have to wait for Valentine's Day to...
Entertainment

Hot and Bold Web Series on ALT Balaji are more sensational and stirring than shows streaming on other...
Entertainment

The best Ullu web series are filled with thrill, excitement, seduction and intimacy. You won't be able to...