Check out the huge fees of Oppenheimer cast! 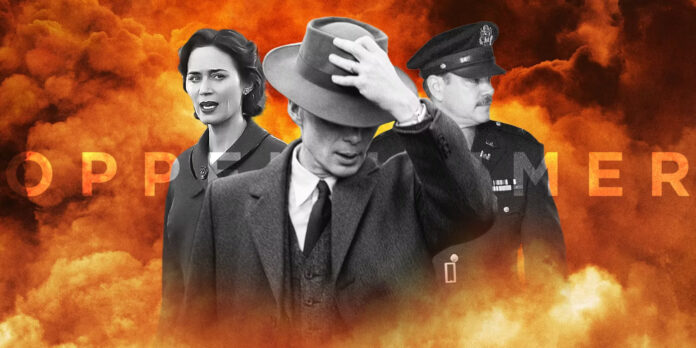 Oppenheimer is all set to release in the theatres on 23rd July 2023. The movie is directed by Christopher Nolan and made with a huge budget of US $100 Million. It stars many prominent Hollywood actors like Cillian Murphy, Robert Downey Jr, Emily Blunt, Matt Damon, and Rami Malek and an ensemble. Here we have covered all you need to know about Oppenheimer cast salary to let you know how much Cillian Murphy, Matt Damon, Emily Blunt, Robert Downey Jr and other cast members are charging their fees for the movie.

Cillian Murphy, who is playing the titular role of Physicist J Robert Oppenheimer, is charging US $10 Million as his fee for the movie. This is the biggest pay cheque for Cillian Murphy in his career so far. He used to charge US $2.2 Million for each episode of Peaky Blinders. You will be surprised to learn that Cillian Murphy is the highest-paid cast member in the Oppenheimer movie despite the presence of Matt Damon and Robert Downey Jr.

Matt Damon, who plays the role of Leslie Groves in Oppenheimer, is reportedly making US $4 Million for his role. He downgraded his fee in the movie to work with Christopher Nolan. Robert Downey Jr is going to be seen in a supporting role in the movie. He is playing Lewis Strauss in the film. Reportedly Robert Downey Jr is charging US $4 Million for his role in Oppenheimer.

Emily Blunt is going to play the female lead in Oppenheimer, and Christopher Nolan has paid her US $4 Million for her role in the film. Florence Plough is being paid US $50K for her role as Jean Tatlock in the film. Lastly, Rami Malek, whose role has not been revealed yet, is charging US $50K as his fees for Oppenheimer.

If you found this article about Oppenheimer Cast Salary useful, check out the Oppenheimer Budget.

Ant-Man and the Wasp: Quantumania is slated to release in the theatres on 17th February 2023. It is...
Entertainment

Sometimes it's hard to carry the weight of countless burdens on our shoulders and us long to gasp...
Entertainment

Scream VI is going to release in the theatres on 10th March, 2023. The hit horror franchise has...