What Is Lohri And Why Do We Celebrate This Festival? 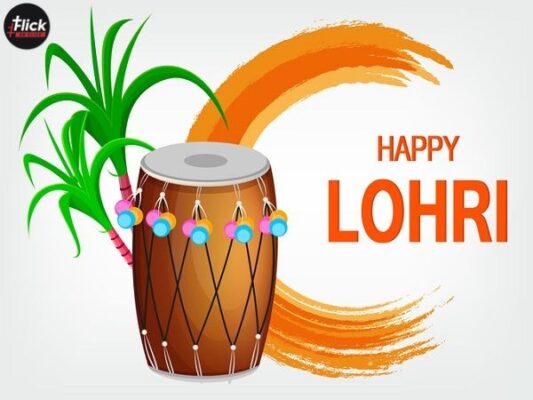 Everybody knows what to do in Lohri festival but do you know what exactly is Lohri ? and why we actually celebrate this beautiful festival on January 13 of every year? You don’t have to worry as here we will explain what is Lohri festival and why many families celebrate Lohri in their beautiful home.

Lohri is a popular Punjabi winter folk festival that is not only celebrated in the Punjab region but also in most parts of north India nowadays. It is believed that Lohri commemorates the passing of the winter solstice. People gather around bonfires to celebrate the end of the winter. 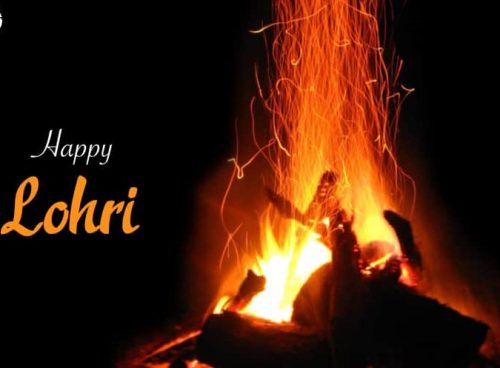 This festival is the opposite of Diwali as, in Diwali, people rather visit each other’s homes to exchange sweets, but in Lohri people gather at one place, mainly a common bonfire surrounded with chairs, and exchange sweets with each other. The community unifies together and hug each other to wish ‘Happy Lohri’ which signifies the beginning of a new season.

The term Lohri has a past and is derived from two words til (sesame) and rohri (jaggery), and a special sweet is prepared by mixing them called ‘Revadi’. In earlier times til and rohri were used together to sound like ‘tilohri, but with the passing of time it was transformed to ‘Lohri’.

People gather in a huge mass and relax near the bonfire, sharing and discussing stories or memories of their life with everyone which gives a feeling that they all are a family. Once the fire dies out, dinner is served which includes Punjab’s famous – Makki di roti te Sarson da saag (cornflour chapati and mustard spinach), along with a special drink called lassi (buttermilk).

Why do we celebrate Lohri Festival?

Lohri is celebrated to thank god for giving a bountiful harvest possible and it is believed to be the beginning of the new harvest season. It indicates that the extremely cold winter days are now over and we will experience happy sunny days. But sitting around a bonfire is not enough to celebrate Lohri. People also dance to loud Punjabi music which they play on their speakers and throw foods like Gajjak, popcorn, puffed rice, and other essential things in to the fire to pay tributes to their gods in exchange for blessings.


At the time of throwing food items, people pray in front of the fire by joining their hands and thank god for everything he has given and wishes to keep their family safe and healthy. Lohri is also considered auspicious for a newly married couple and parents with a newborn baby.

Reason behind burning fire on Lohri

Many people do not know the reason behind the burning fire on Lohri. Punjabi people believe that fire symbolically indicates the bright and sunny days that are ahead of people’s lives and acts as a carrier of people’s prayers to the sun god to bring warmth to the planet for the promotion of healthy crops to grow. In exchange, according to people, the sun god blesses the farming land and the gloomy and cold days get over. The next following day is celebrated as Makar Sankranti, a day the people of India and Nepal celebrate their harvest.

Imagine when Diwali meant gathering with family and friends to celebrate the great celebration with tasty snacks, fireworks,...
News

5 Best Recipes You Should Try on Thanksgiving 2022

Thanksgiving 2022 is going to be celebrated on 24th November 2022. This year the festival is extra special...
Lifestyle

What Is Makar Sankranti and Why Do Indians Celebrate This Festival?

Mostly families in India knows when is Makar Sakranti celebrated but majority of the population specially youngsters don't...
Offers

The Amazon Great Indian festival has begun from today onwards and will last till October 4th, offering a...
Lifestyle

Fast During Maha Shivratri? Here Is A List Of Food Items You Can Have

Maha Shivratri is one of the most important days for all Shiva devotees. The day is celebrated by...
Lifestyle

Imagine when Diwali meant gathering with family and friends to celebrate the great celebration with tasty snacks, fireworks,...
News

When will Eid-Al-Fitr observed in India? All you need to know

Eid-Al-Fitr is often known as Meethi Eid in India due to sweet dishes being made on the day...