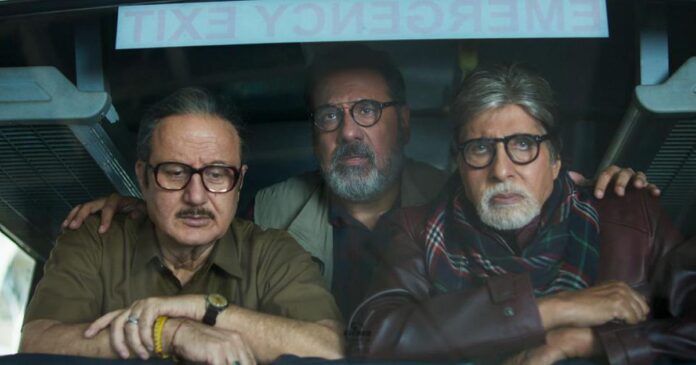 Uunchai box office collection day 1 is expected to go well beyond the Rs 2 Crores mark. In fact, the movie will leave behind Amitabh Bachchan’s last release Goodbye in the dust, with its box office numbers on the first day. Uunchai is a heartfelt drama directed by Sooraj Barjatya. The movie features Amitabh Bachchan, Parineeti Chopra, Boman Irani, Anupam Kher and the ensemble. Here we have covered the Uunchai box office collection day 1 and further possibilities.

Uunchai box office collection day 1 is expected to be Rs 3.5 Crores. This is much better for an Amitabh Bachchan starter film in the past few months. Both his previous releases, Goodbye and Jhund, failed to do magical numbers at the box office even though they were praised by critics. Uunchai is also doing wonders for Parineeti Chopra, who has recently experienced failures at the box office.

For Uunchai to do well at the box office beyond day 1, it will require positive public feedback. As of now, the trend seems positive for the film, and people are really resonating with the film’s concept. Uunchai can touch the mark of Rs 4 Crores on Saturday and Sunday at the box office. However, the film needs to justify the box office predictions for the first day.

Shabaash Mithu, one of the most awaited films of 2022, was teased today by Viacom18 Studios. The uplifting...
Entertainment

Part One of Brahmastra- Shiva is finally back on fire. After four consecutive days with significant dips in...