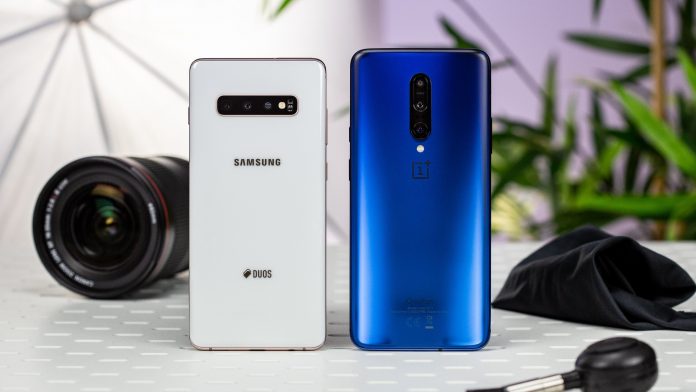 The year 2019 has been quite an interesting year for the smartphone industry and it looks like that the upcoming year is going to take the level of excitement and innovation to another level as well. The companies have planned some of their flagships for 2020 which could bring in a complete shift in the market.

One plus has been getting quite a limelight with the release of each of its new devices and with several years of brand trust and creating good user experience through the application of technology, this year One plus plans to unveil three new devices from the One plus 8 lineups.


The new Oneplus line will have Oneplus 8, 8 Lite and 8 Pro which gives users a whole lot of options to choose from and later on we can expect another 8T or special edition devices, going by the Oneplus trend.

The budget king Xiaomi is also ready with its new line-up for 2020 and is ready to take the budget and mid-sector which has been ruled by the company for quite a long time.

The 108 MP killer camera will be finally introduced with the launch of Xiaomi MI Note 10 in the first quarter of the year 2020. There will be several redmi devices launched such as redmi 9, 9A and many others along with the K and A series devices.

But the main attraction for the year from Xiaomi would be its Note 10 only and the tech geeks couldn’t be more excited for its launch than ever, now that it’s so close.

Samsung has finally managed to get a grip back over the mid and lower sector market of smartphones with its M and A series phones like M30 and A50, which started the huge selling wind for the company.


The company has confirmed to launch S10 lite and Note 10 Lite with A51 the upcoming January of 2020 and then there are talks for more exciting devices such as devices having multiple displays, foldable screens and devices having a display on both the sides.

Apart from that, the S11 series is going to again make a ruckus in the market upon its launch around mid-year time. The S10 has been marked as the best android device to use this year and we hope that S11 continues the legacy as well.

The upcoming year is sure to have quite a bit of innovation packed such as we’ve seen this year and maybe we would be introduced to technologies that we’ve yet to experience. We hope that the next year would be as breathtaking as this year in terms of the technical front.

If there is one smartphone maker that is unlikely to stay quiet, it is Realme. The company has been launching one smartphone almost every month and is expected to start 2020 with Realme X50 in January itself. It will be company’s first smartphone to support 5G connectivity. It can also launch Realme 5i and Realme C3 soon after.

Oppo is expected to launch Oppo Find X2 in Q1 2020. The smartphone is expected to come with Qualcomm Snapdragon 865 chipset and a larger sensor size for improved focus and better light sensitivity. The company will also improve the smartphone display, and it will likely have 90Hz or 120Hz refresh rate.