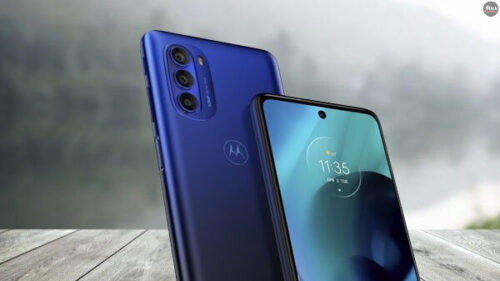 It’s time for tech enthusiasts to rejoice as Motorola announces over the weekend that a new smartphone will be releasing soon. As per new updates, the company will launch Motorola Moto G51 5G in India on December 10.

It runs with Snapdragon 480+ SoC chipset that allows long-hour gaming without any hindrance. Also, it sports a 50MP triple camera setup and a 6.8-inch LCD display with a 120Hz refresh rate. Let‘s know about its price in India and the specifications that you all have been waiting for. 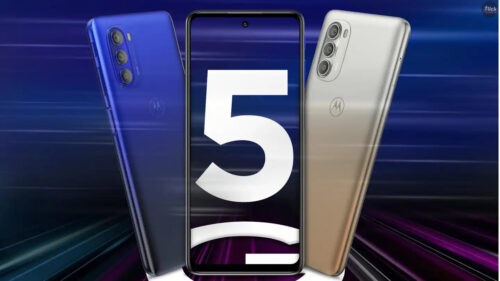 Till now, only the launching date has been confirmed by the company on Twitter. Also, Motorola says that customers can purchase the upcoming smartphone from Flipkart and the sale will begin on December 10.

The smartphone will be available in three color variants – Indigo Blue, Aqua Blue, and Bright Silver. Previous leaks suggest that this smartphone could be priced under Rs. 20,000 in India. The device was launched last month in Europe at a price of EUR 229 (Rs. 19,400 approximately).

Do more than you ever thought was possible with #motog51. It comes with 12 global 5G bands that let you watch videos, play games or download your favourite shows in no time! Meet the new #motog51 as it launches 10th Dec on @Flipkart. #GoTrue5G #gomotog pic.twitter.com/mhS5Lhyh9k

It supports a 13MP wide (f/2.2 aperture) front camera to capture adorable and spectacular selfies. If you are searching for sensors then it has a Fingerprint (side-mounted), accelerometer, gyro, proximity, and compass. This device will be available in three color variants – Aqua Blue, Bright Silver, and Indigo Blue.

It has a non-removable Lithium-Polymer 5000mAh battery with 10W charging that will last long in a day even after heavy usage. It is NFC enabled and comes with USB Type – C 2.0 connectivity and Bluetooth 5.1v.

Samsung Galaxy M13 is a mid-range smartphone that is expected to launch between May and June by the...
Technology

Motorola Company started its new year by launching a new smartphone under the Motorola One series in the...
News

One plus is back with another one of their devices which is surely going to capture the market...
News

Coronavirus pandemic has hit hard the Chinese smartphone manufacturers who have built a strong community connection in our...
News

Morris Garages or MG has been on a roll for quite some time with their eccentric vehicles. Starting...
Technology