Find out the upcoming movies of Bollywood King's Shah Rukh Khan aka SRK in 2023! 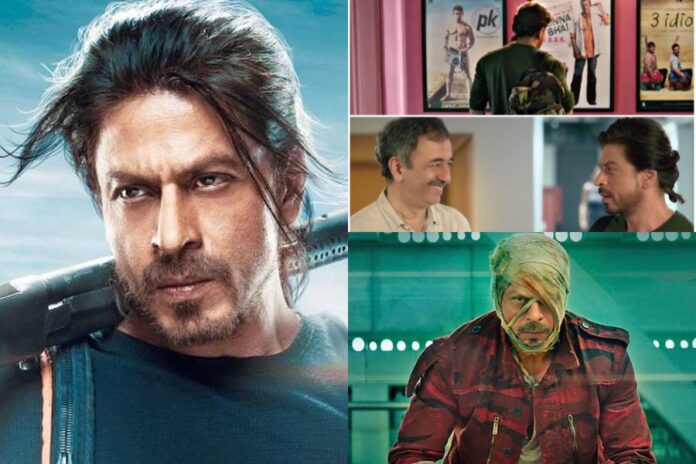 Upcoming Shah Rukh Khan Movies 2023: Shah Rukh Khan, aka SRK, was last seen in the lead role in a film in 2018 when he starred in the flop movie Zero, which also featured Anushka Sharma and Katrina Kaif. He was recently seen in a cameo in Brahmastra Part One, and since then, fans of SRK have been waiting for his movies to hit the theatres. Here we have listed all the upcoming Shah Rukh Khan movies in 2023 and ahead.

Shah Rukh Khan’s spy action film Pathaan is all set to release on 25th January 2023. The movie marks the comeback of SRK after more than 3 years as the main lead. He is playing the titular role of Pathaan in the film. Shah Rukh Khan will be seen alongside Deepika Padukone and John Abraham in the upcoming movie. Moreover, there is a rumour that Salman Khan and Hrithik Roshan are going to make a cameo in the movie.

Pathaan is part of the spy universe created by Yash Raj Productions. The movie is directed by Sidharth Anand and will tie the story of Pathaan to Salman’s Tiger and Hrithik’s War. A trailer of the Pathaan has already been released, and two music videos of the film are also out. Pathaan is surely one of the most awaited upcoming Shah Rukh Khan movies.

Jawan is one of the upcoming Hindi language movies of Shah Rukh Khan, which is going to release in the theatres on 2nd June 2023. The movie will also feature the Lady Superstar of the South Nayanthara in the lead opposite SRK. The film is written and directed by Atlee. Shah Rukh Khan is going to be seen in a dual role in the film, which will also star Vijay Sethupathi and Sanya Malhotra.

Shah Rukh Khan is making a collaboration with the director Rajkumar Hirani who has helmed films like 3 Idiots, Munna Bhai MBBS and PK. Dunki was announced by Shah Rukh Khan through a YouTube video. The movie is going to be produced by Gauri Khan and will portray Shah Rukh Khan in a different kind of role. In addition to Shah Rukh Khan, the film is going to feature Taapsee Pannu, Vicky Kaushal, Boman Irani and Satish Shah. Dunki is going to release in the theatres on 22nd December 2023.

Shah Rukh Khan is going to do a cameo in this Salman Khan and Katrina Kaif starter film which is scheduled to release on 10th November 2023. Shah Rukh Khan will reprise his role as Pathaan in Tiger 3. The movie is also going to feature Emraan Hashmi in a lead role. It is one of the most awaited upcoming Shah Rukh Khan movies in 2023.

Previous article
HOT! Nora Fatehi Drops a Sizzling Video in Sexy Outfit on the Internet
Next article
33 Hot and Bold Pics of Kareena Kapoor Khan You Need to Check Out
Virat Verma

Pathaan trailer release date was confirmed by Shah Rukh Khan in an AskSRK session on Twitter when a...
News