It is rare to find a perfect soul-mate these days. But there are many golden Bollywood couples that have shown the world, love never dies and someone perfect is definitely made for you in this world, you just have to keep patience and will meet your correct soulmate one day.

Who can forget this most lovable couple of the Bollywood industry? They have also been referred to as the golden couple and they have successfully completed 47 years of their wonderful marriage life. recent couples should learn from them that how to trust and respect each other.

How many of us believe in love, at first sight, these days? This trend was very popular in those years and Jaya Bachchan fell in love at first sight with Amitabh Bachchan. Luckily their love turned into marriage after the success of Zanjeer in 1973. Amitabh Bachchan has always been happy with his life partner and they are still enjoying their presence in each other’s life.

Jaya Bachchan has always supported her husband in difficult times too. Amitabh Bachchan has faced health issues and he always gives credit to his wife, of her prayers, and of her unconditional love. 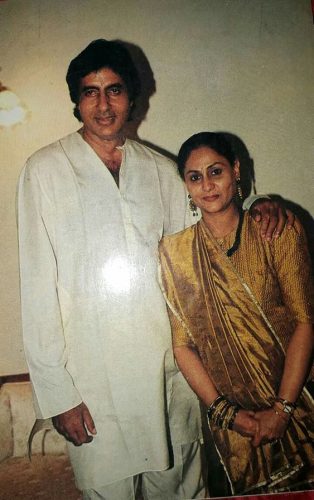 Who wouldn’t fell in love with the Dream Girl? She has always been a part of discussions and many successful actors have approached her but she was a determined lady who was only focusing on her career.

But she couldn’t hold herself during the shoot of Sholay and something magical happened in between the shooting days. Yes! She fell in love with the Macho-Punjabi actor Dharmendra and the rest is history.

They have been married for 40 years and have acted together in 28 films. We all know that Hema Malini is his second wife and he never gave divorce to his first wife. In fact, he changed his religion to Islamic in order to remain married to both the women. 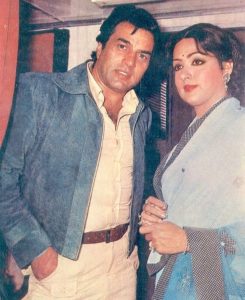 This couple has shown age difference doesn’t matter at all in a true relationship. Saira was just 22 years old when she married Dilip Kumar and they have an age difference of 22 years, but age never caused any disturbance in their happily married life.

Saira was a huge fan of Dilip Kumar, she never thought of getting married to him. In fact, Dilip Kumar was the man who stepped forward with a marriage proposal and she couldn’t say no to it as he was her dream man.

They got married in 1966 and even after so many decades the romantic couple still is in love with each other. 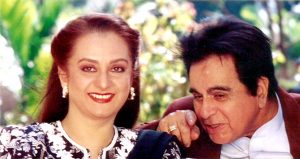 We offer our sincere condolences to the best actor in our Bollywood Industry. It’s almost a year and Rishi ‘The Great’ Kapoor left all of us during the pandemic. His spectacular movies made us a die-hard fan of him and we all still watch his movies.

Apart from an incredible actor, he was also a great husband. They proved to be a sensational couple and have always been seen happy since they fell in love with each other. Rishi Kapoor was the one who always pulled pranks on Neetu and eventually one day she fell in love with him.

Neetu made a tough decision and quit movies after their marriage. Yet, she made a comeback and the couple did appear in many movies like Love Aaj Kal, Jab Tak Hai Jaan, Besharam, etc. 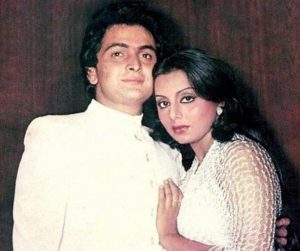 After a failed marriage with Gautam Berry, Kirron got married to Anupam Kher as they were best buddies since their theatre classes. They have worked together in several theatre shows, one thing led to another, and later they decided to turn this friendship into marriage.

She has always been Anupam’s support as once Anupam Kher’s entertainment company faced huge losses and his career graph went way down that it was very difficult to recover it. But after a couple of years, things turned better for the couple and both of them rose high in their career. 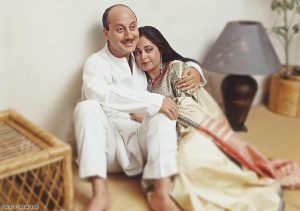 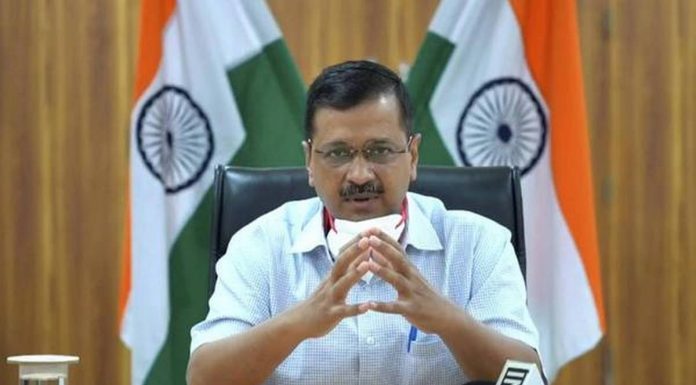 Jio-Bp Launches Its First Mobility Station at Navade, Mumbai on 26...