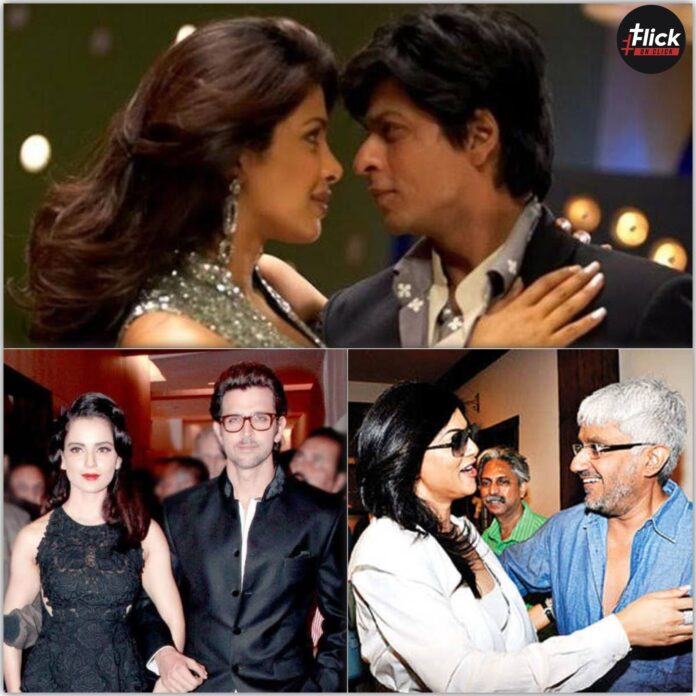 Over the years, Bollywood has produced some of the most romantic love stories ever! Whether in actual situations or on film, the business has been able to offer some memorable stories for subsequent generations to recall! Some relationships, on the other hand, have been hidden away from the rest of the world for a variety of reasons.

Whether it’s infidelity or simply “secret is secret” ideas, Bollywood has successfully hidden some of the most startling romances in recent years! If you’re a lover of Bollywood, you’ve heard of at least most of these covert ties. While some made it big, others stayed small and unnoticed.

Check out these 7 Bollywood hidden relationships that are quite shocking

It has yet to be verified, but some in Hollywood believe Shah Rukh Khan and Priyanka Chopra had a covert relationship not long ago! In fact, rumours about their putative marriage were circulating at one point!

According to rumours, SRK and PC married in Toronto in front of their closest friends. Most likely a well-planned rumour, the two have never paid attention to them, and Khan has another son with his wife Gauri Khan.

Kangana and Hrithik’s recently publicized romance is the most modern version of a hidden relationships in Bollywood. The public had no idea something was going on between the two till Kanagana alluded to Hrithik in an appearance as her “silly ex.”

What followed was a struggle that Surprised Bollywood beyond measure. Hrithik believes it was a “one-sided” connection because Kangana was communicating via an “impostor email id.” Kangana, on the other side, has disputed all such rumors and has supplied proof that they were in a relationship. Another one of the hidden relationships that perhaps surprised the world was that of Rekha and Amitabh. The couple allegedly had a romance while making a film While Amitabh was already wedded to Jaya. According to rumours, the couple would meet in private at a friend’s house in Mumbai, where Rekha would serve him meals.

When Rekha arrived at Neetu and Rishi Kapoor’s marriage wearing a’mangalsutra’ and a’sindoor,’ they poured fuel to the fire. They apparently ended their relationship because Amitabh couldn’t abandon his family for anyone! They’re rarely seen together these days.

When allegations of Malaika Arora Khan’s suspected liaison with Arjun Kapoor began to circulate, Bollywood was taken aback. No one wanted to think that the Khan daughter-in-law would have a relationship, but a slew of other stories began to circulate.

Malaika and Arbaaz announced recently their “split,” adding fuel to the fire! Furthermore, Arjun is said to maintain a safe distance from his prior instructor, Salman Khan. Arjun sneaked out before Salman Khan arrived at a recent occasion to avoid a clash. That isn’t everything. Malaika was also absent from Arjun’s ex-wife Arpita Khan Sharma’s baby celebration, which fueled the media speculation. 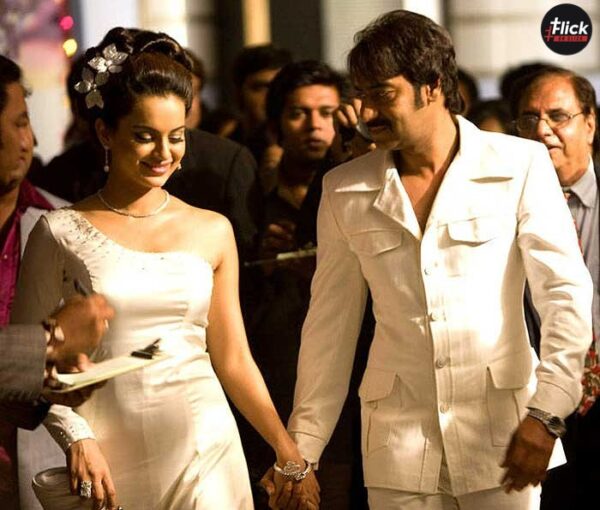 They supposedly had a “no legal ties” romance while he was still wedded to Kajol. Not only that, but Kangana was also featured in his movie ‘Rasacals’ at his request. When Kangana understood that he was not going to be leaving Kajol for her, they both stopped their relationship.

For a long period in the 1990s, Vikram Bhatt and Sushmita Sen were rumoured to be in a relationship, which was only confirmed when Vikram Bhatt confessed to it!

He said that he was suffering through a separation at the time of his extramarital affair. The connection was close, but Bhatt held it close to his heart. In fact, his film ‘Ankahee’ was said to be based on his connection with her.

While speculations about Rani Mukerji and Aditya Chopra’s adulterous affair circulated for a long time. Whereas, the two never publicly denied or accepted it.

Aditya Chopra was wedded to Payal Khanna, his childhood friend, whom he decided to divorce after his romance with Rani became serious. When it was reported that the couple was going to get married, the public became aware of their relationship.


Read More: Breakups of Bollywood couples that felt like crying