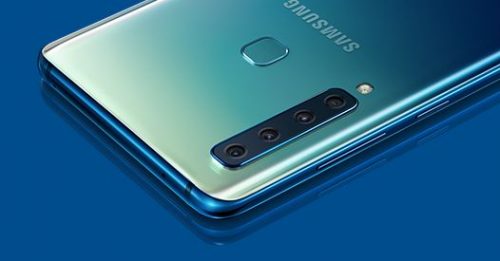 After the end of the year 2020, Samsung – a South Korean multinational company has recently announced its financial results and data for the fourth quarter of the year 2020, along with the full fiscal year. The numbers are eye-catching and look impressive for both periods.

This time the company did manage to pull up the profit margin up to 26% for the October-December period, as compared with the same three months in 2019, but the sales couldn’t increase beyond 3%.

Last year was not a profitable financial year for all the multinational companies, but Samsung managed to achieve an increase in profit by nearly 30% while sales improved by KRW6 trillion ($5.36 billion) on a yearly basis, but on the other side quarter of the profit (approximately KRW1.4 trillion/$1.2 billion) were cleared due to the aggressive exchange rate between the Korean won and the US dollar.

The mobile division led to a level of disappointment as both the sales and operating profit decreased during the holiday period because quarter four of 2020 could bring only KRW2.4 trillion ($2.4 billion) of profit and that was 34% less than the last time, that is, quarter four of 2019.

The tech company explained by giving a couple of explanations that this was due to weaker sales (from KRW24.74trillion/$22.13billion to KRW22.34 trillion/$20 billion), marketing spending, and advertisements.

Moving over previous year’s data and financial results, the Korean company is loaded with high expectations for the year 2021 and believes that both the revenue and profit will rise following the early introduction of the Galaxy S21 series, as well as “product mix improvement”.

This time, the Korean company seems quite confident that its sales will increase due to major consumers adopting more and more OLED panels.

After the model spiked lots of rumors before its launch; Samsung has presented the very-famous K-Pop sensation BTS-...
Fitness

What to Eat during Pandemic Situation Globally

With taking over 190,000 individuals showing positive signs and many unwanted lives in its grasp, the new coronavirus...
Offers

During the 1950s, televisions became the primary medium for influencing people and a medium of enjoyment as children...
Technology

Samsung is coming up with another one of its mid-ranger beasts and with that, they also started a...
Fitness

OnePlus Nord 2T was recently launched by the OnePlus at the price of ₹32,600 for the base variant...
News

Samsung has launched another F-series mobile named Samsung Galaxy F62 in India through a Livestream. The company did...