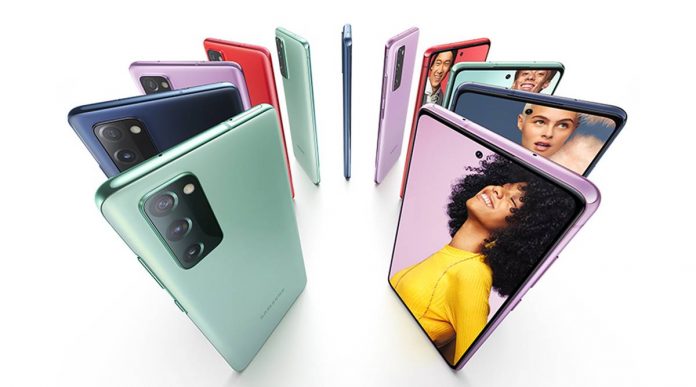 Samsung has just launched the device which has been in the rumors for so long. Yes! We are talking about the newly launched S20 FE or S20 Fan Edition. It’s kind of a little brother to the premium segment device S20 but doesn’t get any wrong ideas, for it packs in a punch as well.

Now. Samsung has been rising as the new market favorite since its launch of M and A series of devices. They’ve successfully managed to capture every segment of the market and they’re just not in the mood to stop.

With Galaxy Unlocked event and more, they’ve been creating buzz around the corner even during the lockdown. Some time back, they’ve released the latest Samsung Note devices and more, using the same medium.

Now they’re back with the new Samsung S20 Fan Edition. Let’s check what we’ll be getting inside the hood of the device. 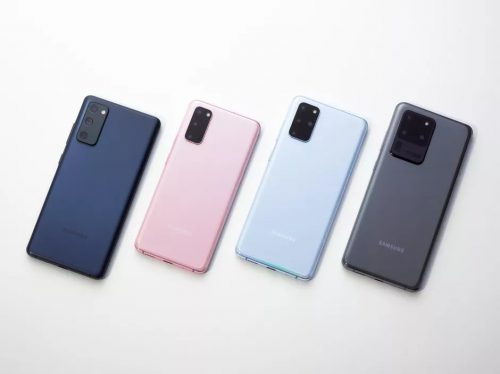 The new Samsung S20 FE comes with the signature display that the company is rolling out with its new flagships. Yes! The 120 Hz Super Amoled O infinity display is something worth looking at.

The rear camera is a 12-megapixel + 12-megapixel + 8-megapixel setup triple camera which comes with OIS, a span of 123-degree wide view, and more amazing features. Also, the front shooter is put in place using the punch-hole style and is a 32-megapixel shooter.

Too Much To Choose From

The models are not limited to one or two but you get a whole new range of options with the Samsung S20 FE. Starting from the variants it does comes in a 4G and a 5G band separately.

The 4G variant of the device will be hosting an octa-core Exynos 990 SoC. While the 5G variant will come featuring an octa-core Qualcomm Snapdragon 865 SoC. Both the chipsets are equally powerful and capable of on-par performance.

Battery Capacity and Other Specifications

Samsung S20 FE has a battery of 4500 mAh coupled with a 15 Watt fast charger and wireless charging capabilities. You can also share power between two devices which supports the wireless charging function.
Regardless to say, a premium device like this has all the basic and advanced sensors and the audio is tweaked by AKG itself.

The price for the 5G model has been set to $699 (INR 51,400) for the base variant and the price for 4G models has not been released as of yet.
While the device has been launched and available for pre-booking in other countries of Samsung’s choosing, it’s not yet launched in India.
So, we’ll have to return with more information on the same and till then keep sharing the word.

Tandav, a new web series on Amazon Prime is ready to make your weekend entertaining. Now, one more...
Technology

Are you thinking of buying a new phone? Well, if that is the case then there is a...
Entertainment

Hostages Season 1 reached great success levels as it was taken in a good way by the audience...
News

With the advent of Boycott Chinese products in India, people are now shifting to non chinese brands.Thus it...
Technology

Smartphones are getting smarter every other day but the design has become quite a monotonous aspect for the...
News

Samsung Galaxy F13 has finally been released in the Indian market on 22nd June 2022. The highlight of...