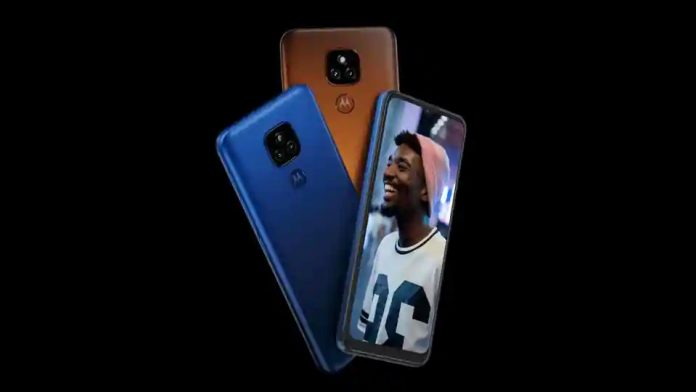 Moto E7 which was being teased by the company for its camera in the given price segment is out now. It was unveiled on Flipkart yesterday, 23rd of September, and is now listed on the same e-commerce platform. 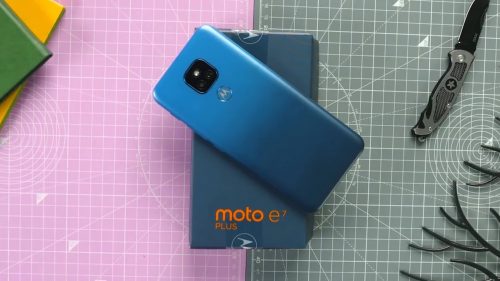 The device has some of them out of box features for its price segment and it could be the new lower segment of mid-range devices. Also, it came at a substantially lower price than expected.

Some of the specifications that deserve limelight are:

Moto E7 is loaded with a  48-megapixel primary camera with an f1.7 aperture and a 2-megapixel secondary one. The dual-camera setup is boasted to take good quality pictures regardless of the lighting conditions. And stands as one of the major selling points of this device.


The camera dome is also designed beautifully in a square shape with both cameras on the downside and one flash on the upside of the dome.

The octa-core Qualcomm Snapdragon 460 which has a clock of 1.8 GHz and is built on 11 nm technology is quite capable for a mid-ranger. Now, it can not only sustain your device for longer but provides a 70% improvement in the CPU zone and 60% in the GPU department as compared to the previous models of the Snapdragon 400 series.

The massive 5000 mAh which has quite become the standard for mobile devices these days is also present in this one. It also combines a fast charge of 10 Watts which is fairly capable of quickly filling up the device’s power back to full in no time.

Moto E7 comes with an inbuilt storage of 64 GB which can be expanded to 512 GB, which is a massive expansion limit for any smartphone. Also, the device comes in only one variant with a RAM of 4 GB and the aforementioned storage capabilities.

The device has a 6.5-inch HD+ display. While this surely suffocates the requirements for a mid-ranger, it can also be a point where one could think twice before buying this device.

As for some having a 720 display won’t do anymore keeping in light that how much display’s have changed for the last one year. And that is the same range some brands are offering Amoled displays which are far better.

Mark the dates if you’re someone who’s interested in the device and be sure to share the information around as well.

BoAt is one of the prominent companies when it comes to audio devices and now it has launched...
Technology

Apple has been creating hype about their 'Apple Unleashed' event, scheduled for today at 10:30 PM. If you're...
Offers

Finally, Flipkart Student Club Membership offer is back. If you are eligible for the membership, you will not...
News

Nokia has been in quite a limelight for its new mobile devices and other gadgets such as smart...
Offers

Finally, Flipkart Student Club Membership offer is back. If you are eligible for the membership, you will not...
Technology

Want to be the first person to buy Nothing Phone 1? Know This Information

Nothing Phone 1 will launch in India on 12th July 2022. The smartphone has created more buzz than...