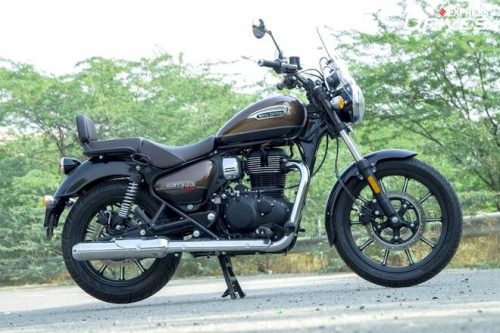 Royal Enfield is one of the most sought-after motorcycles in India and this time, they are out with a new edition, Royal Enfield Meteor 350. Which comes at a price point of 1.76 lakh and has a lot of exciting features.

Moving on to what’s under the hood of this machine beast, you’ll get a 349 cc air-oil cooled single-cylinder engine that generates 20.2 bhp and 27 Nm of torque at 4,000 rpm. Along with that, alloy wheels and tubeless tyres are the standard fittings in all the models of the Meteor 350. 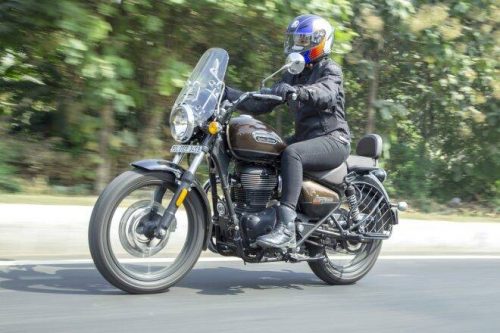 This cruiser is available in three variants namely- the Fireball, the Stellar, and the Supernova. Which are clearly significant names for a Meteor, pretty craft, right?

It has a body that is inspired by the old Meteor, which was launched in 1952 with the same name but this one has a twin downtube spine chassis and is much stronger and stiffer than the Royal Enfield Thunderbird models, which are quite popular and in demand.

There are other advanced features as well which are highly appreciable in light of the fact that this bike is a cruiser. It comes with a semi-digital instrument cluster with Bluetooth connectivity and an integrated LED daytime running light. Additionally, seat height is 765 mm and it comes with a wheelbase of 1,400 mm.

It also comes with a navigation system developed by the Eicher Motors themselves internally just for the Royal Enfield bikes.

“We have invested a lot of time and effort in making the navigation simple and sharply intuitive with native Google Maps integration. In a clear manner it gives the rider all the information needed to make the right decision on the road,” said Siddhartha Lal, Eicher Motors Managing Director.

Also, anyone booking the Royal Enfield Meteor 350 would be able to avail of extra add-ons as of now which includes Annual Maintenance Contracts (AMC), extended warranty, roadside assistance, and more.

The most fantastic thing in the entire universe is love. You get the world if you have that...
Offers

Disha Patani and bikini are a natural match. The actress possesses an unrivaled assortment of some of the...
Entertainment

Superhits are high-class movies that are immediately successful after their debut. However, some films are recognized as masterpieces...
Technology

WhatsApp was once intended to be a replacement to SMS. However, WhatsApp is no longer solely used for...