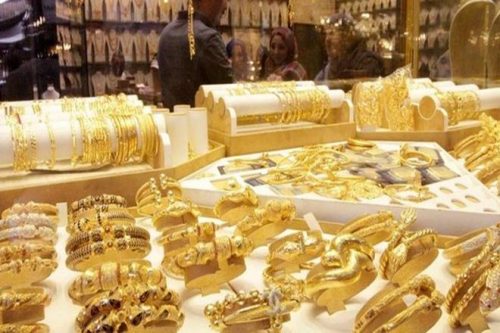 For the first time this year, physical gold sold at a premium in India this week even as record-high prices continued to deter buyers. Driven by falling imports, dealers charged premiums of up to $3 an ounce over official domestic prices, up from last week’s $22 discount, Reuters reported. The domestic price includes a 12.5% import tax and 3% GST.


India’s gold imports dived 86% year-on-year in June because of record-high prices and international air travel was banned in response to the COVID-19 pandemic. Major unemployment and fall in earnings have impacted in plunging fall of demand in gold.

“Demand is very weak, but dealers are still charging a premium due to lower imports and as smuggling has nearly stopped,” said Harshad Ajmera, a gold wholesaler in Kolkata.

ALSO READ: How To Buy Bitcoins In India, As The Ban Is Removed


This week domestic prices in the futures market rose to a record high of about ₹49,500 per 10 grams. So far this year, gold prices in India are up about 25%, tracking a rally in global rates and rupee’s depreciation against the US dollar. On Friday, gold prices settled at about ₹48,900 per 10 gram on MCX.

“The unemployment rate has been rising. Don’t think people will have the sentiment to buy more jewelry. Besides, the stock market has been hot in China recently, sucking more money away from gold to stocks,” Samson Li, a Hong Kong-based precious metals analyst at Refinitiv GFMS, said.

“The belief that the price of gold would soon go beyond the 2011 highs is gaining supporters rapidly,” said Vincent Tie, sales manager at Silver Bullion.

Gold has been showing a rising tendency, we believe in coming future gold will be sold at a higher premium in India, and by the end of the year gold will as we say’ touching skies’.


ALSO READ: 5 Ways to Reinvent Your Business After the Lockdown Ends

Amid the Coronavirus outbreak, voice technology has taken a step ahead, the parameter of social distancing and touching...
News

Rains were predicted that day at The Gabba in Brisbane, but the Indian batsmen made sure to rain...
News

Prices of Gold and Silver rose on July 30, as hopes of fresh policy easing measures from various...
News

After the Amphan cyclone in Bengal, another cyclone Nisarga is ready to hit Maharashtra and is anticipated in...