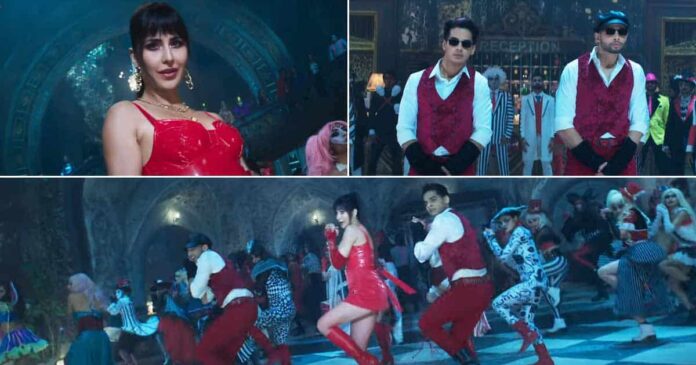 Phone Bhoot box office collection day 2 is Rs 2.55 Crores, but it is still more than the other movies releasing on the same day. Janhvi Kapoor’s Mili and Sonakshi and Huma starter Double XL may not even earn half of what Phone Bhoot is going to mint on its second day. The second-day box office collection of Phone Bhoot is mostly because of the popularity of Katrina Kaif. The Bollywood diva is returning to the big screen after a long amount of time.

Katrina Kaif’s last film Sooryavanshi did a massive business of Rs 23 Crores at the box office on its second day. In comparison to that, Phone Bhoot is apparently lacking in numbers at the box office on day 2. However, Sooryavanshi had an established mega star like Akshay Kumar as its lead. On the other hand, Phone Bhoot’s top star is Katrina Kaif herself.

Phone Bhoot earned Rs 2.05 Crores on the first day of its release at the box office. The film underperformed despite getting favourable reviews. Till the total box office collection of Phone Bhoot is just Rs 4.60 Crores. Will the movie get lost pretty early from the sight of the viewers, or will it make an impact at the box office in the upcoming days? It remains to be seen.

Do you think Phone Bhoot can up its box office collection after day 2, or do you think that the buzz of the movie is not strong enough? Let us know via social media handles.

Tiger Shroff is making a fortune with his excellent acting skills in Bollywood following in the footsteps of...
Entertainment

The first part of the superhero trilogy movies serves as the inspiration for Brahmastra’s production team. Some filmmakers...