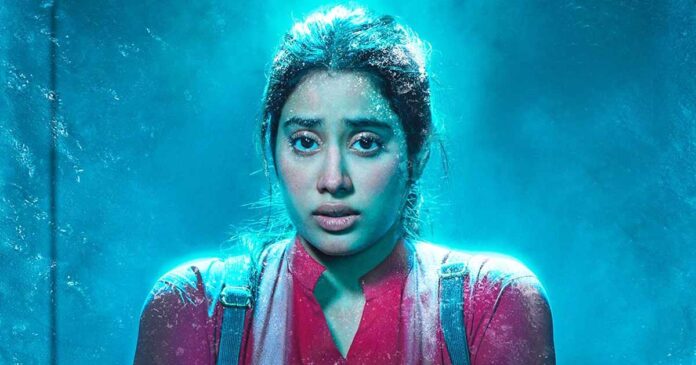 Even though the Mili box office collection day 2 is an improving Rs 65 Lakhs, there is hope for the Janhvi Kapoor starrer to gather momentum after the reviews from critics and viewers. Mili is a survival thriller, and the trailer of the film impressed everyone. Janhvi Kapoor is playing a different role than what she has been offered in Bollywood till now. Mili is facing tough competition at the box office against Phone Bhoot and Double XL.

Janhvi Kapoor starrer Mili grossed Rs 50 Lakhs at the box office on day 1 and guarantees that the movie has that aura that can lure the audience towards the theatres in the upcoming days. Mili is directed by Mathukutty Xavier, the man who also directed the original film Helen on which Mili is based. It also stars Sunny Kaushal, Manoj Pahwa and Sanjay Suri in the lead roles.

Mili box office collection for day 3 is estimated to be Rs 70 lakhs. The movie is seeing positive growth, and we expect the film to do better on the third day because it is a Sunday, and the holiday can help the movie generate good numbers.

If you liked this article about Mili box office collection day 2, share it with your friends and family.

Amid India-China Border clashes, there is a sudden rush of boycotting Chinese products, apps, etc. in the Indian...
Entertainment