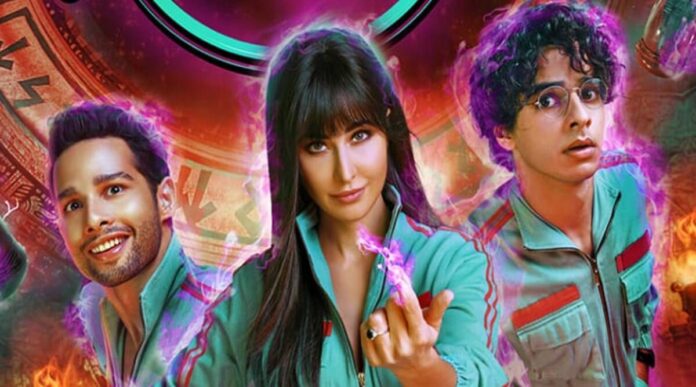 The OTT release date of Phone Bhoot is not yet confirmed by the makers of the film. However, we are expecting the movie to release on an OTT platform in December. The producers Ritesh Sidhwani and Farhan Akhtar will have the last say about the OTT release date of Phone Bhoot. Generally, a mid-budget film takes about 30 days to be released on the OTT platform. The same can be true about this film as well.

Katrina Kaif is going to play a ghost in the movie, while Ishaan Khatter and Siddhant Chaturvedi will play two friends who form a deal with the ghost. The movie is directed by Gurmmeet Singh. It will also feature Jackie Shroff and Sheeba Chaddha in prominent roles.

Bookmark this webpage to get the latest updates on Phone Bhoot OTT Release Date, OTT Platform and TV Rights.