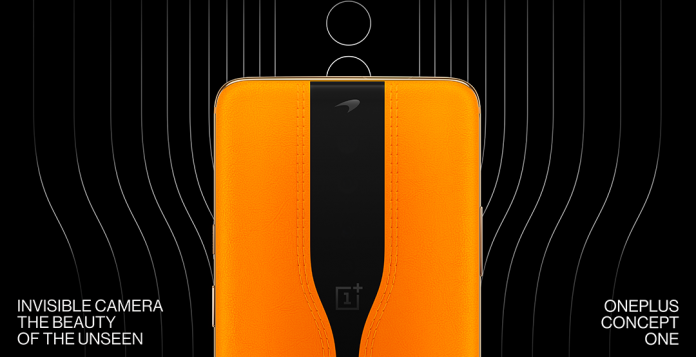 One Plus has been maintaining a reputation of its own in the mobile phone market for its innovative and top of the line product. When they give out their best for making a device for daily use, how can they back off while showing off at CES, which is one of the biggest events in the tech industry?


Yes, they have done it again and now they have unveiled something uniques this time, a device whose cameras can literally go invisible and you’re left with a stunning flat-looking back panel. The new device has been made in association with Mclaren and is a revamp of their one plus 7 and is named OnePlus Concept one.

The technology used in the device rear camera panel is derived from Mclaren cars. Mclaren uses an electrochromic glass in the sunroof of their vehicle to make it go transparent and then opaque in a matter of seconds on the driver’s command. This feature is quite heavy to harness in a tiny size glass on OnePlus camera panel but they’ve done it anyway.

There are two glasses each with a width of 0.1 mm inside of which the organic matter for making the glass electrochromic is filled and it is measured at .35 mm in total after everything is compiled together.

The camera glass on the back panel also features as an ND filter which is quite an achievement in mobile photography standards. The 18 months that the OnePlus team has invested in this device is coming off positively and it’s getting just the right amount of attention that it deserves.


Mclaren’s involvement in the device is coming quite evident from the Mclarens signature papaya orange color on its back panel and as well as the overall look of the device is inspired from the McLaren’s 720S Spider.

This could work as a solution to the ugly cameras bumps seen on the devices back panel recently due to mobile phone companies trying nothing else but adding more and more camera sensors in the name of innovation.


The concept one is just a show piece figure for now on and is not market-ready yet, the chances of this device hitting the market are seemingly low as it had to be priced much higher than any of its competition and that would serve as a walkaway point for their target audience.

So, how do you like the Oneplus Concept One? Would you buy it or rather stick with your old device, do tell us in comments.


Previous article
Everything to Know About the Paytm KYC Cyber Crime Case.
Next article
CES 2020: Top Tech That You Need to Know About.
Flickonclick

The details, specifications, and price of the all-new POCO M3 smartphone were revealed on Tuesday and will be...
Technology

Coronavirus pandemic has hit hard the Chinese smartphone manufacturers who have built a strong community connection in our...
Technology

Oppo K10 5G was launched in India on 8th June 2022. The highlight of the smartphone includes a...
Technology

OnePlus 10R 5G is expected to launch on 28 April 2022, and the comparisons with the awaited smartphone...