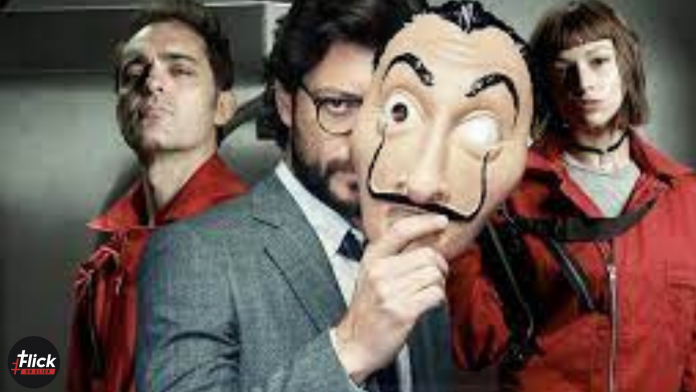 Netflix’s Money Heist (real title: La Casa De Papel) became a surprise international hit when it landed on the streaming service back in 2017, and now it’s heading into its fifth and final season.

Money Heist season 05 consists of ten episodes in total and is being split into two batches. The first will be released on September 3, 2021, while the second and final batch will land on December 3, 2021. Both will be available exclusively on Netflix.


This original Netflix series, originally titled La Casa de Papel, follows the Professor (Álvaro Morte), a criminal mastermind who brings eight thieves together to take hostages and lock themselves in the Royal Mint of Spain as he manipulates the police to carry out his plan.

The synopsis for the final season will be something along the lines of:

The gang has been shut in the Bank of Spain for over 100 hours. They have managed to rescue Lisbon, but their darkest moment is upon them after losing one of their own. The Professor has been captured by Sierra and, for the first time, doesn’t have an escape plan.


Just when it seems like nothing else could go wrong, an enemy comes on the scene that is much more powerful than any they’ve faced: the army. The end of the greatest heist in history is approaching, and what began as a robbery will turn into a war.

With Álex Pina as the creator and showrunner of Money Heist, he will executive produce alongside Jesús Colmenar and Cristina López Ferraz. Javier Gómez Santander is the head writer, with Migue Amodeo handling cinematography, and Álex Rodrigo in the director’s chair. This show is definitely going to be a major and global hit!

So stay tuned for further updates on Money Heist, and more of the entertainment world.

Indian web series on Netflix has gained an immense following due to their bold and unique deep-rooted themes...
News

Voot Select has quickly become one of the most trending OTT platforms in India, with quality content that...
Entertainment

The arrival of web series has truly altered our views, desires, and aspirations. It is a blessing in...
Entertainment

One of the best web series (Love Watching Delhi Crime Season 2) available is without a doubt Netflix's...
News

Ajeeb Daastaans Movie Review- Netflix has long entered into the Indian Cinematic zone and has proved it's mantle...