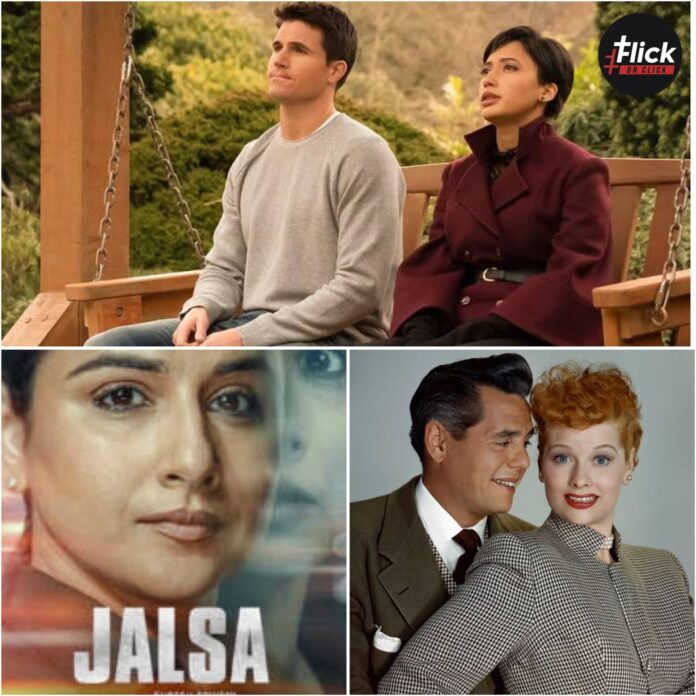 Even though Being the Ricardos by Aaron Sorkin was only recently aired on Amazon Prime Video, this program depicts Lucille Ball’s difficult connection with her husband Desi Arnaz. It was filled with rage and emotion, but it was also filled with a shared love of theatre. Luci and desi documentary is aired on amazon prime on 4th March 2022.

The film, billed as an entertaining thriller that portrays the troubled times, follows the story of a journalist, played by Vidya Balan. Jalsa has a fantastic cast that includes Iqbal Khan, Shefali Shah, Rohini Hattangadi, Manav Kaul and many others.

The Boys, Amazon Prime Video’s breakthrough successful original action crime-drama series, is getting a wholly modern twist series. But don’t be fooled by the animation; this new series is far from infantile or child. Instead, the show employs the animation form in episodes that are typically 15 minutes or less in length to amp up the iconic The Boys explosive violence. Hence, allowing the child and even baby superheroes to kill and blow up opponents in a blaze of rockets and intestines.

The second season continues the antics of Nathan Brown, a young application developer who has transferred into a lavish afterlife thanks to his shallow but affluent fiancée Ingrid. Where, he also meets Nora, a sophisticated customer service worker. Nathan and Nora will form a relationship throughout this season.

In this completely new Amazon Prime Video real Television show. So, globally famous star Lizzo is looking for bold, badass women to accompany her on her globe tour. However, only the most gifted dancers will be able to twerk it out on the world arenas with her. Ten aspirants will live into the Big Grrrls House simultaneously throughout 8 unscripted episodes. Moreover, battling to determine who will earn the chance to join Lizzo’s exclusive BIG GRRRLS live squad as a supporting dancer.

Mark the dates and get your fill of popcorns ready, its back, the most awaited Indian web series...
Entertainment

Amazon Prime Video is preparing to launch some vacation blockbuster movies and series. Moreover, their June lineup has...
Offers