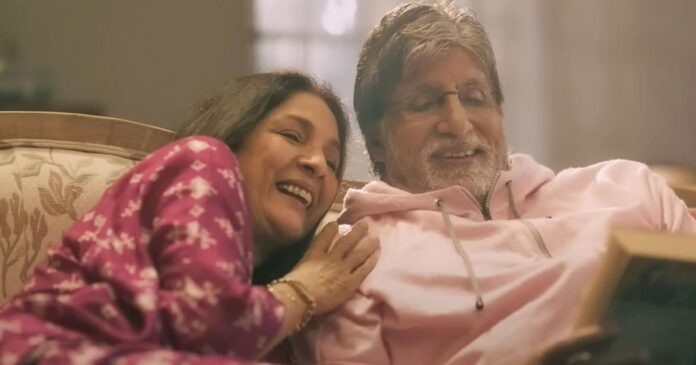 Goodbye featuring Amitabh Bachchan, Neena Gupta and Rashmika Mandanna in the lead, just released in the theatres on 7th October 2022. The movie has been receiving mixed reviews for this emotional storytelling. Here we have focused on the Goodbye Box Office Day 1 early trends affected by the advance booking and positive word of mouth.

Goodbye is expected to earn between the range of Rs 2-3 crores on Day 1 at the box office. The movie does not have a load of advance booking and will rely on reviews and positive word of mouth to accumulate further numbers at the box office in the upcoming days. So far, it has received mixed reviews, with more critics on the positive spectrum for the film.

The promotional team of the film was not as strong as the recently released Brahmastra and Vikram Vedha. It’s a mid-budget film that is bound by the constraints of the budget. Also, the story of the movie is not a massy attracting plot. It will heavily rely on the word-of-mouth affair to do well at the box office.

Goodbye is a family story that comes together after the death of the mother. The father, played by Amitabh Bachchan, is portrayed as the one fighting the struggle to lay out his feelings in front of his children. Rashmika Mandanna plays the daughter who reconnects with her father and ultimately understands his fear.

It is directed by Vikas Behl, while the music in the film is provided by Amit Trivedi.

Here is the trailer for the movie: