Sunny Deol has hiked his fee to reprise the role of Tara Singh in Gadar 2. 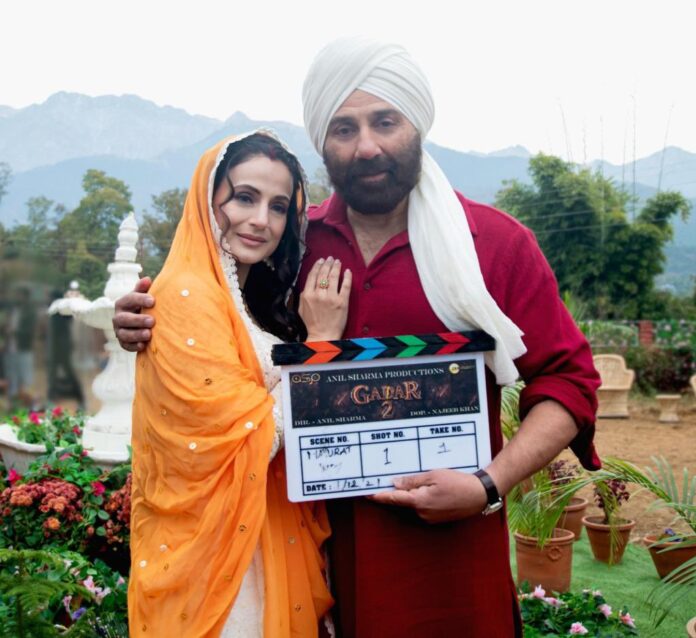 Gadar 2 is one of the most awaited movies of Sunny Deol. Recently, a visual from the film was leaked in which Sunny Deol was lifting a cartwheel. That visual has caused an uproar on social media platforms, and people eagerly wait for Tara Singh to showcase his fascinating abilities again. Gadar 2 has retained most of the original cast members, and the producer has paid a huge amount of money to the cast members as their salaries to reprise their roles.

Sunny Doel is a veteran actor, but his recent flops at the box office have made him lower his fee for the movies. However, to reprise his iconic role of Tara Singh in Gadar 2, Sunny Deol charged a huge amount of money as his fee. Sunny Deol has been paid Rs 20 Crores as his salary for Gadar 2, which is much larger than the usual sum amount of Rs 5-6 Crores that he charges per movie.

Ameesha Patel is reprising her role of Sakina in Gadar 2 and has charged Rs 60 Lakhs as her fee. Utkarsh Sharma, who played the role of Jeete in Gadar, is reprising his role in Gadar 2 after being paid Rs 50 Lakhs as his salary for the movie. Gadar 2 is produced and directed by Anil Sharma, and we expect the movie to release close to Independence Day in India in 2023.

Gadar 2 was announced by Zee Studios in 2022 with a motion poster, and the film’s shoot began in June 2022. The movie is in the final stages of the shoot, and we will see an official teaser pretty soon.

Waltair Veerayaa is one of the most awaited Telugu movies that is going to release in the theatres...
Entertainment

Congratulations is an upcoming Gujarati comedy movie featuring the famous actor Sharman Joshi in the main role. An...