Sunny Deol is returning as Tara Singh in Gadar 2 which is made at a huge budget. 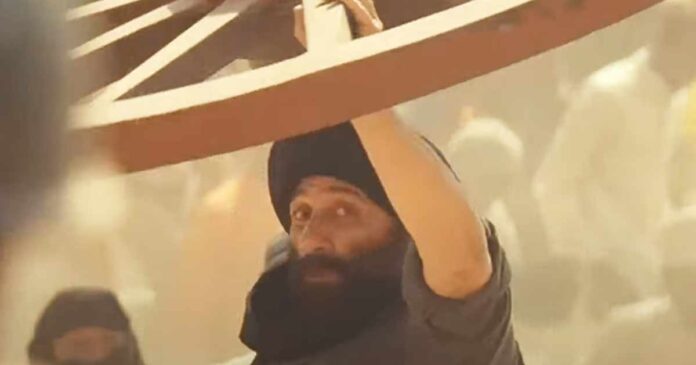 Gadar 2 is one of the most awaited movies of Sunny Deol. Zee Studios announced the film in 2022, and finally, the release date of the movie has been revealed. Recently, a visual from the film in which Sunny Deol is lifting a cartwheel went viral, and the makers announced the official release date of Gadar 2. It is expected that the movie will release in the week around Independence Day 2023. The expected release date of Gadar 2 is 11th August 2023. Here we have covered the Gadar 2 budget and box office collection prediction.

Gadar 2 is made at an astonishing budget of Rs 100 Crores. Sunny Deol, Ameesha Patel and Utkarsh Sharma from the original Gadar are returning for their respective roles. The movie is directed and produced by Anil Sharma, who hopes that just like the first Gadar film, Gadar 2 will bring havoc to the box office.

If Gadar 2 gets positive reviews from the critics, then it can collect about Rs 200 Crores at the box office. Gadar 2 will continue the storyline from the first movie, and fans are excited to see what Sunny Deol is going to bring with this much-awaited movie.

Indian Music Industry is blessed to have Amit Trivedi by its side who is a very talented music...
Talent

Bholaa is an upcoming Bollywood movie featuring Ajay Devgn and Tabu in the lead. The movie will release...
Entertainment

Waltair Veerayya is made at a budget which is lower than Chiranjeevi's GodFather, and the movie will clash...
Entertainment

Varisu box office collection day 2 is estimated to be around Rs 16.2 Crores. The movie is earning...