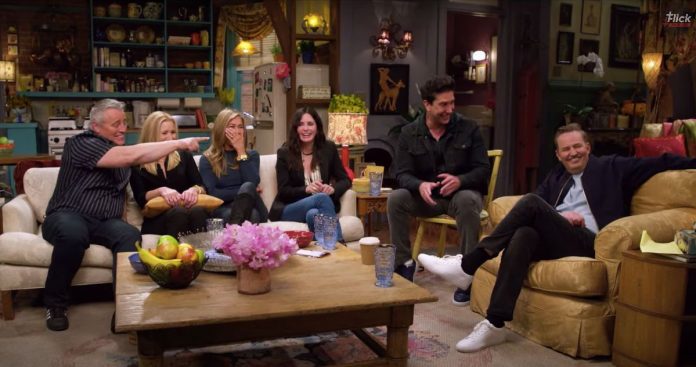 Jolly news! The release date of the most anticipated American sitcom, Friends: The Reunion has been announced and it is good to see the reactions of the die-hard fans who couldn’t stop jumping off their seats, but users in India are confused as how and where to watch Friends Reunion? Worry not we have every important updates regarding the upcoming Reunion

Friends have always been emotional and all the six characters were like family which is always there for you if you are feeling lonely sometimes. The way these characters have supported through a virtual digital platform, cannot be defined in simple words. 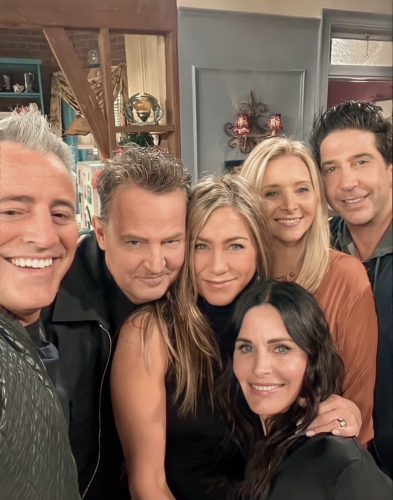 The team completed filming the reunion episode last month. However, the shooting was supposed to begin in February 2020 but it got delayed due to the coronavirus. Friends: The Reunion has been beautifully titled, “The One Where They Get Back Together” which makes sense and will bring all those loveable people back on stage, Matthew Perry (Chandler), Matt LeBlanc (Joey), Courteney Cox (Monica), Jennifer Aniston (Rachel), David Schwimmer (Ross), and Lisa Kudrow (Phoebe).

The first episode of the show aired in 1994 and dropped its final episode in 2004. So, it has been 17 years that we will be seeing all six back on stage for one last time. Apart from these six, Richard, Janice, Jill, and Gunther will also be seen on the show.

Friends: The Reunion has been scheduled for May 27 in the US and will be premiered on HBO Max. There is no word for its release in India as HBO Max is not available in the country.

Friends Reunion: What to Expect

Friends: The Reunion is going to be an unscripted episode where David, Matt, Matthew, Courteney, Jennifer, and Lisa will not be portraying their show characters. In fact, they will be themselves and discuss their journey and experiences so far.

Spectators will also get to see supporting casts of the show and celebrity guests will also mark their appearance in the show. The makers of the show explained that this is not going to be a sequel of the series, this is a separate episode talking about the journey and the casts will be appearing as themselves.

When and where to watch Friends Reunion

The special show to be telecasted on May 27 on HBO Max. This streaming platform is currently exclusive to the US and will expand into Latin America in June with European HBO services to be upgraded later this year.

How to watch Friends: The Reunion online in India

HBO Max is currently unavailable in India, but we can expect its release either on Netflix India, which has acquired all the streaming rights of the show, or Amazon Prime Video (India), which has signed a long-term bond with Warner Bros.

The show is also unlikely to telecast on Disney+Hotstar in India, as HBO and HBO Max are different entities. Now, all our hopes are with Netflix and Amazon Prime Video (India).

We’re going to need a bigger couch. Catch these special guest appearances in the #FriendsReunion streaming May 27 on HBO Max. pic.twitter.com/1VVYCdtpqv

Where to watch Friends season 1 to 10 in India?

In India, You can watch all the episodes of Friends from season 1 to season 10 exclusively on Netflix.

In today's era where true friendship is unlikely to blossom, let alone thrive for an extended period. In...