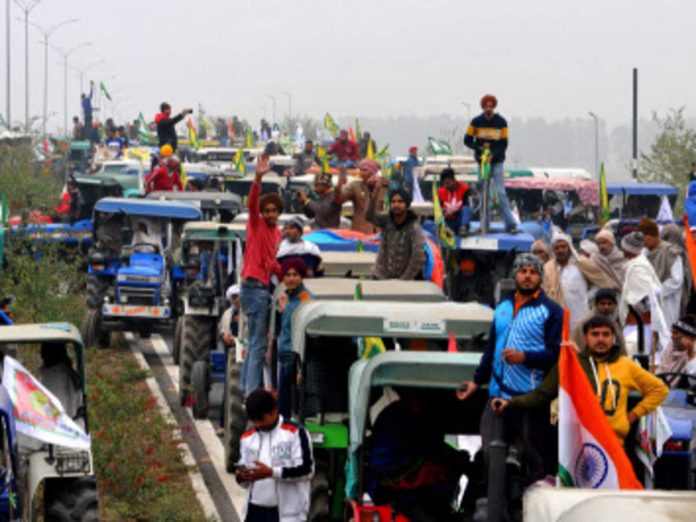 On Monday, the announcement of the Union’s Budget bill perturbed Farmers’ Unions and they demanded to repeal central farm laws immediately. This did not stick to repeal only, in fact, anxious farmers also announced nation-wide ‘Chakka Jam’ road blockade on state and national highways for three hours (12-3 PM) on February 6.

Agriculture minister Narendra Singh Tomar politely appealed to farmer leaders to think about the bill positively and try to understand it again as it has been formed for their benefits only. He also said that the new Budget clear all doubts over arguable issues relating to the legislation.

Giving green signal to the budget announcement, Tomar said that the proposal of the new budget reflected the government’s commitment and concern towards APMC ‘mandis’ and minimum support price that must be enough to clear all the doubts relating to farm laws.

Finance Minister Nirmala Sitharaman proposed the new Budget that clearly mentioned the access which is given to APMC’s ‘mandis’ of the Agriculture Infrastructure Fund so that the state-regulated Agri markets could develop and modernize through a strong infrastructure creation. She also mentioned in her speech that how the supplies of crops at MSP have increased compared to 2013-14.

Anxious Farmer leaders, by showing their concerns and agitation on overall Budgetary provisions for agriculture said that the government slashed the budget from Rs. 1.54 lakh crores in 2020-21 to Rs. 1.48 lakh crores in 2021-22.

Other facts and data summed up as Yogendra Yadav of Jai Kisan Andolan said that the government has proposed to reduce the shares of agriculture in the total budget from 5.1% in 2020-21 to 4.3% in 2021-22.

Regarding the government’s oppressive acts against the protesters, farmer leader Darshan Pal Singh announced the SKM’s (Samyukta Kisan Morcha) plan of road blockage for continuous three hours (12-3 PM) on February 6 and also said that the Morcha has brought a call for ‘Chakka Jam’ against the three farm laws.

Modification of PM-KISAN scheme was demanded

National Convenor of ASHA and leader of Mahila Kisan Aadhikaar Manch Kavitha Kuruganti said, “We demanded modification of PM-KISAN scheme to credit the amount to the accounts of the women of the farming households rather than transferring it to the land Patta owners which are typically men. We have also appealed that this scheme should also include tenant farmers, sharecroppers, women farmers and, Adivasi farmers too.”

“The government has not agreed to our proposal and we have noticed that the support base has not gone beyond 9 crore households whereas the target was 14.5 crore households. Similarly, there were some problems regarding the flagship scheme PM Fasal Bima Yojana that has not been resolved yet, and this has left farmers vulnerable and has pushed them into debt as they lose crop due to natural calamities.”