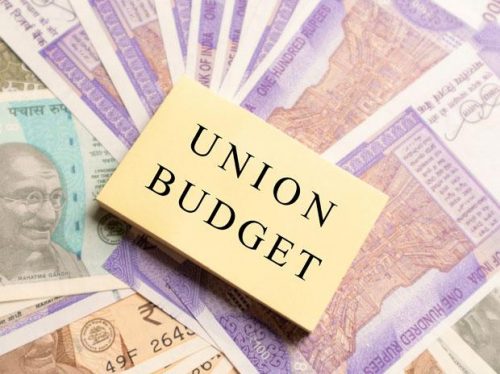 In Union Budget 2021-22 a package totaling Rs. 27.1 lakh crore has been announced by Union Finance Minister Nirmala Sitharaman on Monday (February 1) under Atmanirbhar Package to deal with the consequences of the pandemic, while announcing the Union Budget 2021 in the lower house of parliament. This was the first paperless budget in the history of an independent India. 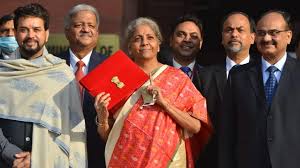 The main pillars of the budget were highlighted in the speech and those have been mentioned below which comes under the Union Budget 2021-22:

Mission Poshan 2.0, along with Jal Jeevan Mission Urban will be launched soon by the government. Further, Finance Minister also said in budget 2021 that “The urban Swachh Bharat Scheme will be introduced with a total budget of Rs. 1.4 lakh crore.”

It has been clearly stated in the speech given by Finance Minister that all outdated or unfit vehicles have to go through a fitness test. In order to conduct this test on a vehicle, passengers vehicle has to be beyond 20 years and commercial vehicles have to be 15 years.

Allotment of Rs. 95,000 crores for Road Development in Bengal

Finance Minister Nirmala Sitharaman announced the allotment of Rs. 95,000 crores for road development and maintenance in Bengal. They still will conduct polls in the coming months.

Total 11,000 km of National Highway infrastructure in Southern and Eastern states in 2021

The government aims to complete a total of 11,000 km national highway infrastructure in 2021, which includes southern and eastern states. Tamil Nadu will get a corridor of 3,500 km. Whereas, Kerala will cover 1,100 km that includes a huge investment of Rs. 65,000 crores. West Bengal will be given Rs. 95,000 crores for 675 km and Assam have been promised 1,300 km over the next three years.


1.10 lakh crores were announced for Indian Railways and Rs. 1.7 lakh crores are for the capital expenditure of the allotment.

Jammu and Kashmir get a thumbs up from Finance Minister for a brand-new gas pipeline project.

Launching of LIC IPO this year

In the coming year, the government will plan to sell part of holding in LIC through an initial public offering (IPO). It will be an amendment to the existing Act to facilitate the public offer.The Indian Railway Finance Corporation(IRFC) IPO set to Open Its Services

During the protest by opposition leaders, Finance Minister Nirmala Sitharaman clearly said in the middle of the protest, “The government is always committed to the welfare of the farmers. Although, the Maximum Selling Price (MSP) may have fluctuated in a better way, as 43.36 lakh farmers were benefited from this and over 75,000 crores were paid to wheat farmers in the years 2020-21.”

The government decides to boost an increase in agriculture credit target to Rs, 16.5 lakh crores. The MSP has undergone 1.5 times the production cost, and the total amount paid to paddy farmers reached Rs. 1.72 lakh crores on 2020-21.

It has been stated by Finance Minister Nirmala Sitharaman that over 15,000 schools will be qualitatively strengthened under the National Education Policy.75% Eligibility Criteria Removed by Education Ministry for Jee Mains 2021

Rs. 15,000 crores will be given for the promotion of Digital Payments

The topic of the Digital mode of payments has been focused on by Finance Minister and Rs. 15,000 crores will be given for promoting it.

Exemption for filling tax for elderly

Finance Minister Nirmala Sitharaman made it clear in her speech that the government will reduce the burden off the shoulders of senior citizens. Those senior citizens who are completely relying on pensions and interest income will be exempted from filing income tax returns.

The Case for Higher Standard Deduction from the Union Budget 2021

The UIDAI (Unique Identification Authority of India) declared on June 4, 2020, that 14,000 Aadhaar Centres have been...
News

Jahnavi Dangeti, a 2nd engineering graduate from Palakollu in West Godavari, has been fascinated by the wonders of...
Offers

The Maldives is a beautiful island nation located in the Indian Ocean. It’s also a popular tourist destination,...
News

If you do not carry your Aadhaar in your wallet or purse due to not having a printed...
World News

The implementation of new regulations will be in effect from October 4, 2021. There could be a simple...
News

A driving license is one of the most required documents one can have if one wants to own...