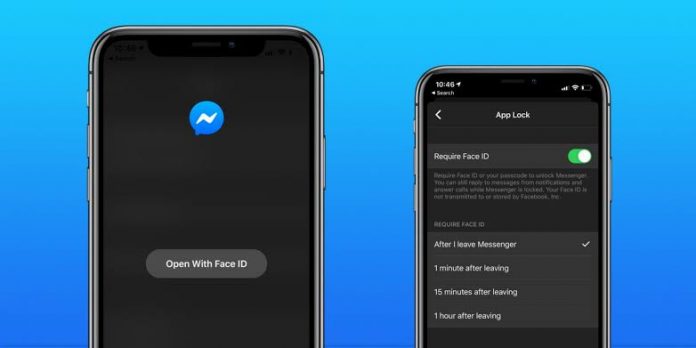 Social media site Facebook has introduced Face Unlock and Touch ID in their messaging app, Facebook Messenger. The update is a new and updated version of security settings which was under testing for several months. And after fulfilling every need within its trial, the feature has now been rolled out. 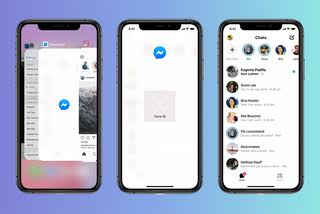 For the last 2 years, Facebook has been facing major concerns related to social privacy for its users. And have been striving hard to scrutinize online crimes on their platform. However, the company has assured that new privacy policies are much reliable and will prioritize the user’s data.


According to an official statement, the new Face Recognition, which is called “App Lock”, will allow the user to lock their phone for a fixed time. This could range from “After I Leave Messenger” to “1 hour after leaving”. The app will lock itself after shortly after closing and will require your Face ID or Touch ID to unlock it.

Social media advisor Jeff Higgins confirmed the news by uploading a short clip of the new feature. The video shows how a user could enable the security settings by going into Settings> Privacy. In the setting, Facebook does mention that a user’s credentials will not be stored on their servers.

While ensuring a good privacy policy for its users, Facebook’s new feature will prevent any snooping around your chats. Once closed, no one would be accessible to open your messenger app and see your chats. However, users can still perform calling and reply to messages from the notification.


Adding to their privacy support, Facebook has mentioned that it will be rolling some additional privacy features on their app soon. While it was hard to introduce various update patches all at once, the social media website is deploying such security features from time to time.

Some of these features will include blurring photos from people who message you without your approval. This will allow you to choose whether to open a potential photo or not just to open a message or chat with the person. A similar feature is also available on Whatsapp messenger and Instagram.

The plan, however, has seen multiple security issues being raised by the government. According to them, the end-to-end encryption for general messaging could increase criminal activity in the Facebook app. Already, the company has experienced the same with Whatsapp-Messenger in the past.

While there are more updates to come for its security settings, the new “App Lock” feature which includes both Facial ID recognition and Touch ID is currently available for iPhones and iPads. Expecting the same for other iOS too, no announcement has been made for the Android and Windows users yet.


Previous article
JioMart App Launched For Android and iOS, Get To Know How To Use It
Next article
ASUS Smartphone: Everything To About The ASUS ROG Phone 3
Flickonclick

OnePlus Nord’s series next successor is in line to register itself as the best smartphone in the market...
Lifestyle

The social media giant that has paved the way for an entire generation of social media apps, Facebook,...
Technology

Traveling during the pandemic is a hassle and fatal to your health due to the Coronavirus. It is...
Technology

Yes! That's true, there are good chances that social media sites in India could be banned starting today...