Everything you need to know about BoAt Rockerz 330 pro The boAt is India’s best manufacturer in the category of earphones, and the brand is ambitious in terms of new product announcements. Boat Rockerz 330 Pro Bluetooth earphones neckbands have been released by the local wearable producer.

In India, BoAt has released yet again another neckband. The Boat Rockerz 330 pro has been released in India by the electronics firm. The neckband was created in association with AP Dhillon, a prominent singer, rapper, and composer. The Rockers 330 Pro is the firm’s first lightweight and compact audio gadget, with a huge battery life of up to 60 hours on a one-time charge.

In India, BoAt released another low-cost neckband dubbed the Rockers 205 Pro a few days ago. The neckband was released at a low cost of Rs 999. If you want reasonably good earbuds but don’t want to pay big money.

The boAt has several possibilities. The boAt provides a diverse assortment of products at nearly every pricing bracket. So, let’s have a glance at the BoAt Rockerz 330 Pro’s cost and features. 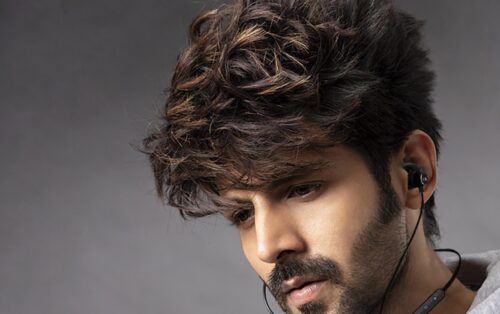 The Boat Rockerz 330 Pro is available at a low price of Rs 1,499. The neckband has been available in a variety of colors, including blue, yellow, black, purple, and red. The neckband is available to buy on the authorized website BoAt store as well as the Amazon India page. As part of the inaugural deal, every 60th client will receive 100% payback, and the top 60 will receive AP Dhillon products.


Specification and other Improvements;


The earbuds have 10mm active drivers and ENx tech, which provides pleasant sound quality. The device also supports Bluetooth V5.2, which allows for a speedier connection. The water and sweating resistance of the boat Rockerz 330 Pro is classified IPX5. It’s also fairly light, and it comes with magnetic earphones.

OnePlus has become a very well-known brand in the past few years for its best-selling smartphones in an...
Entertainment

Ram Setu starring Akshay Kumar, Jacqueline Fernandez and Nushrratt Bharuccha in the lead roles, is all set to...
Match Prediction

The Indian government on Wednesday banned one of the most popular apps PUBG along with other 118 Mobile...
Entertainment

There was a time of Pre-Covid era when we planned months in advance to watch some top bollywood...
News

Neeraj Chopra, the Olympic gold medallist for India in the Javelin throw, won a gold medal at the...