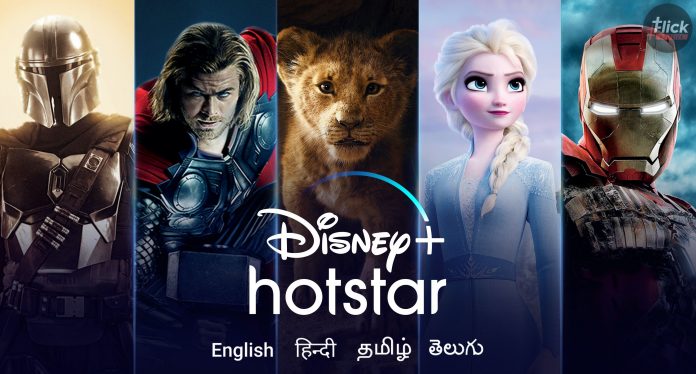 Disney+Hotstar has brought a platter of new shows for its lovely subscribers that will provide entertainment for the viewers. These fabulous shows include some of the finest actors of all time like Mandira Bedi, Barkha Singh, Poonam Dhillon, Sandeepa Dhar, Paresh Pahuja, Bidita Bag, and many superior actors. 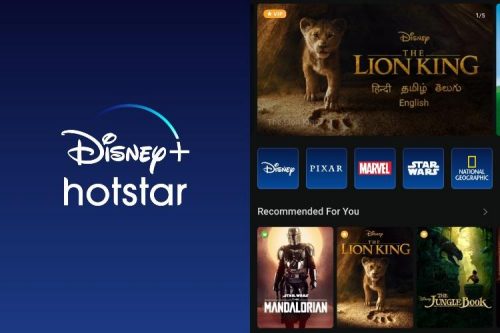 You might not want to miss the best out of these shows on Disney+ Hotstar and this is the perfect time to watch as you must be chilling at your home on weekends. So, why not enjoy your weekend watching these fantastic shows by preparing a bucket full of popcorn and having beverages to your side.

It is a beautiful love story of Chattis (Vikram) and Maina (Sandeepa). Maina is a quirky, independent, and career-oriented girl who is kind of stubborn about the way she leads her life. Understanding the meaning of life at the age of 18 makes Maina an emotionally strong girl and even looks after her girl gang of dancers. But a love story is always incomplete without a romantic guy and this is where our hero enters the scene.

Starring Shreyas Talpade and Bidita Bag in the show. This is a story of a young couple who is not able to conceive and later plan to adopt a child from an orphanage. But the real fun begins when they end up adopting three siblings instead of one and that is why the name “Teen Do Paanch” suites the show very well. Enjoy this family comedy only on Disney+Hotstar.

The story revolves around Mukesh Jha, a fraud lawyer, who is living with her mother-in-law though his wife left him for his cousin. Now, Mukesh is no longer interested in being a lawyer and wants to become a detective. This show stars Poonam Dhillon, Rajeshwari Sachdev, Ruchi Malviya, and Rahul Bagga.

Enjoy this interesting story of a runaway con bride, Sonal Arora, who finds herself stuck in a fake marriage with ACP Aditya. Staring Tarun Virwani and Barkha Singh make the show more exciting to watch. ACP Aditya is an intelligent and clever cop who can easily see through his con bride. Murder Meri Jaan is a crime thriller drama in which two opposite poles get entangle with each other in certain circumstances.

Here is another murder mystery to enjoy. Starring Mandira Bedi, Sid Makkar, Dipannita Sharma, and Nauheed Cyrusi. The show has come up with a great story in which a successful businessman is murdered in the wee hours after the world welcomes the new year at a party. As the cops take the control in their hands, all the leading threads start pointing towards six women, who were associated with the victim. Get ready for some nail-biting suspense.

Enjoy this adventure and drama story in which three friends start their own start-up which organizes bachelor parties in a small town. After some time, they realize that nothing is hidden in a small town, where everyone gets to know everything. Starring Ahaan Nirbaan, Sonia Balani, and Arun Sharma.

It’s a story of a group of young, self-centered, and failed-actor friends who run their own bar in Mumbai but they have no clue how to run this place, that is why they are trapped in comical chaos and tries to get out of it. Starring Shantanu Anam, Kriti Vij, Manik Papneja, and Pranay Manchandana.

Get ready to experience one of the toughest murder mysteries in which a dedicated police officer solves the toughest murder cases of his entire career. The series features Girish Kulkarni, Anupriya Goenka, Yashpal Sharma, Rajendra Gupta, and Mohan Kapur.

The story revolves around three young boys who rent a flat that is way beyond their budget in order to impress a girl named Bamini (Vidya). Every guy tries his best to win her love as they all live in the same building. This brings a lot of drama that should never be missed. Starring Vidya Malavade, Anuj Pandit, Akshdeep Arora, and Rishab Chadda.

A young and honest police officer in the history of UP police, Umesh Yadav, gets demoted for misconduct and is posted to a fictional sleepy town Jhaagi. It is said that the town is known for unsolved cases and mysterious sightings. Now, what will Umesh do in this town? This show features Veebha Anand and Paresh Pahuja.

The Hotstar Original' Special Ops' is ready for a spinoff going by 'Special Ops 1.5' where we're moving...
Offers

Reliance Jio has begun prodding a bundle offer under which it'll incorporate a Disney+ Hotstar VIP membership for...
Entertainment

With more exciting and thrilling shows we have a list of upcoming series on Netflix that will fix...
Entertainment

The iconic dancing reality show Jhalak Dikhhla Jaa 10 has returned to the small screen this week with...