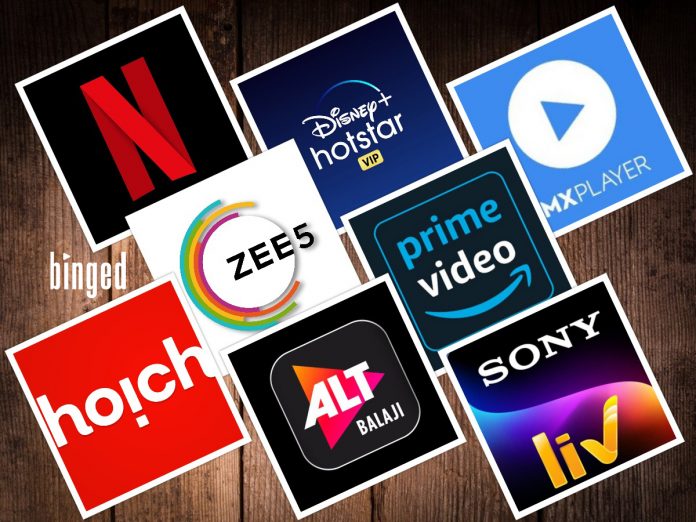 Popular OTT platforms such as Netflix, Disney+Hotstar, Amazon Prime video, etc have recently started indulging deep into indian shows and our all time favorite, extravagant Bollywood dramas. This is mainly because platforms like Amazon Prime and Netflix saw huge profits in their Indian original productions. Additionally, the Corona virus pandemic increased the business for these OTT platforms by closing down theatres and cinema halls.

What’s more is that Disney+Hotstar has released a new service called the Quix which is exclusively for short-format titles that you can binge watch throughout the year.

Listed below are top 5 new Indian movies and shows releasing on these OTT platforms which needs your immediate attention. Trust me, you do not want to miss out on these indian shows. 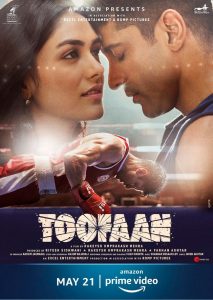 Featuring Farhan Akhtar, Toofaan is a sports oriented drama, directed by Rakeysh Omprakash Mehra. It narrates the life story of a local goon who’s fate changes upon discovering the art and power of boxing. The film concentrates on him getting trained by Paresh Rawal in Dongri, Mumbai, highlighting the transition that Akhtar undergoes.

Featuring almost all glam stars such as Arjun Kapoor, Neena Gupta, Rakul Preet Singh in the lead roles along with other famous actors like Aditi Rao Hydari, John Abraham, Soni Razdan, etc in support roles, Sardar Ka Grandson is the gala weekend drama we need in our life. The show narrates the tale of an American return grandson who will go to any lengths to fulfill his grandma’s wishes. Quite cheesy, family drama we need amidst the pandemic.

3. Radhe- Your Most Wanted Bhai- Zee5


Featuring Salman Khan and Disha Patani in the lead roles, Radhe is an upcoming Action  film directed by Prabhu Deva. Along side these two famous artists will be Randeep Hooda and Jackie Shroff flexing their acting skills. Radhe is a story about a cop who goes on a rampage against his eternal nemesis.

Featuring Shreyas Talpade and Bidita Bag as a new young couple who adopt three young kids, Teen Do Paanch narrates the tale of how the young couple and three children adjust with each other and the new surroundings with major twists and turns that turns their lives around. The series is a dramedy short from Disney+ Hotstar’s new service- Quix. A short 10 minute video of the show will be released every day from May 7th.

Milestone is one of the films that portray a realistic take on life. while trying to overcome person tragedy in life, Ghalib is a middle-aged truck driver who’s trying to collect his life back from its shambles and secure his job. An intense drama for the weekend.

Action movies never fail to captivate us and unwind us in a certain way. When you experience an...
Offers

While the nation was locked inside during the outbreak, major film banners released their movies on different streaming...
Entertainment

Netflix is known to bring the best of the best shows over the internet, and this time the...