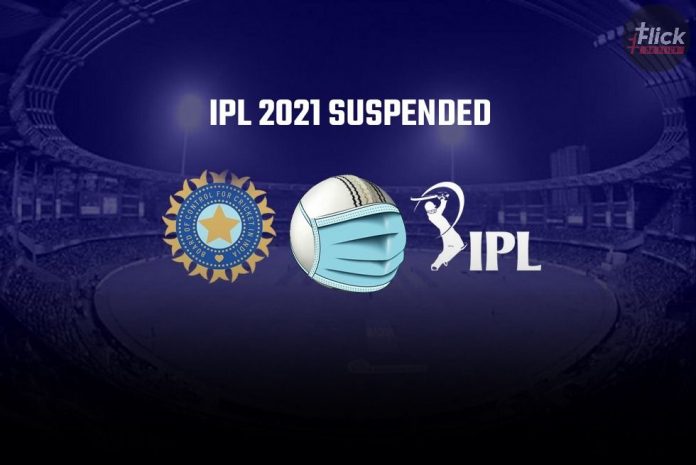 Disheartening news for IPL fans. IPL 2021 has been postponed due to a surge of coronavirus cases across the franchises over the past couple of days. This news was confirmed by IPL chairman Brijesh Patel, for the safety of all stakeholders.

The decision to postponed IPL 2021 was unanimously taken by the tournament’s Governing Council and the top brass of BCCI. The BCCI clearly said that the board is not ready to compromise the health of the players, support crew, and other members of the organizing team. 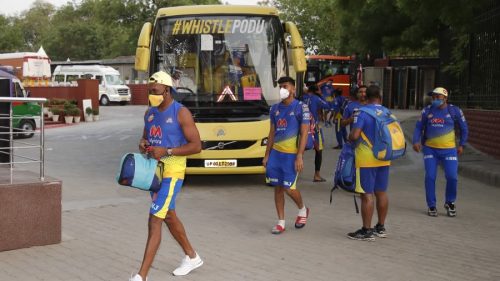 One of the BCCI spokespeople said, “Though India is suffering from this pandemic, our main agenda was to bring some positivity in such situation, however, it is a disheartening moment for everyone that the tournament is now suspended and everyone has to go back to their families and loved ones.”

UPDATE: The Indian Premier League Governing Council (IPL GC) and Board of Control for Cricket in India (BCCI) in an emergency meeting has unanimously decided to postpone IPL 2021 season with immediate effect.

The BCCI also said that it will arrange safe passages for the players and people who were involved in the tournament. Previously, Kolkata Knight Riders were registered with two COVID positive players followed by Chennai Super Kings with two staff members.

Which Players and Staff Were Tested COVID Positive ?

Earlier on Tuesday, Sunrisers Hyderabad became the third franchise to register cases, as it got confirmed that Wriddhiman Saha was tested positive and he has been quarantined away from his squad. He was found with symptoms of persistent fever.

On May 3, 2021, the IPL’s bubble was breached by the virus, after Kolkata Knight Rider’s Varun Chakravarthy and Sandeep Warrier were tested positive. Regarding all this, Monday’s match that was held between Kolkata Knight Riders and Royal Challengers Bangalore in Ahmedabad was put off.

At the same time, Chennai Super Kings reported two positive cases. Bowling coach L. Balaji was among the two positive people and the other was a member of their service staff. Balaji’s case did raise a lot of concern for the authorities as he was in the team’s dugout on May 1, the day when Super Kings was playing against Mumbai Indians.

And now, the third team also registered a case of COVID-19, and that is Sunrisers Hyderabad. The number of cases has crossed the 400,00 daily mark over the past few weeks, after witnessing the situation here in India many countries have banned travelers from India.

This has made many foreign players really anxious. Liam Livingstone and Andrew Tye (both Rajasthan Royals) have returned to England and the Royal Challengers Bangalore pair of Adam Zampa and Kane Richardson have returned to Australia, before the clampdowns.

Previous articleIPL 2021- Hetmyer, Pant innings went in vain as RCB won by 1 run
Next articleIPL To Resume On The Grounds Of UAE Starting September
Flickonclick

The IPL 2021 is only three weeks away to get started and spectators cannot wait any longer to...
IPL

This Sunday, the informal auditions for IPL 2021 concluded in the form of the Vijay Hazare trophy. Mumbai, led...