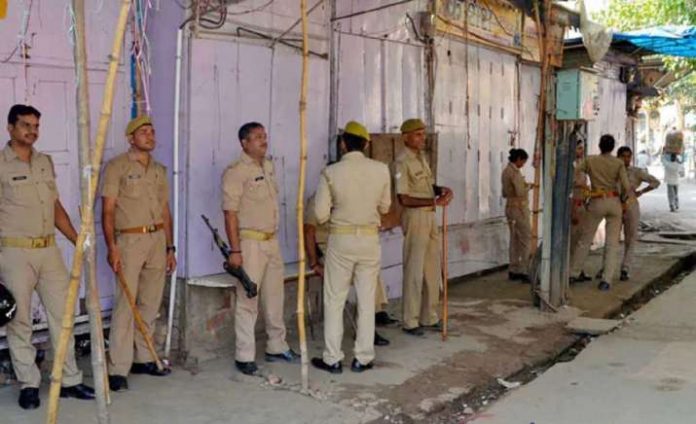 Due to the ongoing pandemic and upcoming Indian festivals, UP police in Gautam Buddh Nagar on Tuesday called on section 144 of the Code of Criminal Procedure (CrPC) till April 30, 2021. This was invoked in order to restrain unauthorized protests and as a sign of warning against those who are not following the COVID-19 guidelines and violating them like not maintaining social distance in long queues and not wearing face masks or removing it in public places.

Additional Deputy Commissioner of Police (Law and Order) Ashutosh Dwivedi gave a statement “During these occasions, there might be a possibility of disrupting law and order by some anti-social elements and such acts will not be tolerated by the UP police.”

According to the order, the citizens have to strictly follow the COVID-19 protocols at public places and behave like smart citizens by cooperating with the UP police. No one will be allowed to roam freely with sticks or any other unauthorized weapon in their hands at public places except for differently-abled and vision-impaired people.

Nobody will be allowed to conduct protests or hunger strikes without getting permission from the competent authority, nor they will encourage someone to do so. In fact, no firearms or personal weapons will not be allowed inside any government or private building. Those who have their personal security guards or those who have been provided armed security personnel by the government will also stay outside the building.

The police imposed a complete ban on celebratory firing at events like weddings, consumption of alcohol in public places during the period and have requested not to share or create manipulative videos that might give rise to tension and chaos for the state.

Violation of the order will not be tolerated by the UP police at all cost and those who found guilty for any contravention of the orders under CrPC section 144 or any of its sub-sections would be directly booked under the IPC section 188.

The second wave of the corona is hitting us hard and we're experiencing problems like we've seen the...
News

With nothing much to do during the lockdown and having a viable internet connection, adults engage in one...
Lifestyle

Are you and your buddies constantly debating where to go and what to do in Noida? Haven't we...
Entertainment

A few days after getting a haircut from wife Anushka Sharma, cricketer Virat Kohli starts "Trim at home"...
News

As the weekend lockdown got extended by two more days till Thursday 7 am by the Uttar Pradesh...
News

Everything to Know About the Aarogya Setu App

Today, Prime Minister Narendra Modi addressed the country while notifying citizens about the further situations and urged them...
News